Orla: I went to see the Hockney exhibit with my mum and it was awesome. Highly recommend to anyone, artistic or not.

Jesse: The Hockney Exhibit at the Tate, amazing to see an entire artist’s career summed up in a five or so rooms.

Daze: BETH’S GIG TONIGHT. Also saw a nuts show called Triple Threat which was the reenactment of Jesus’ life but with loads of nudity, on-stage sexual acts and Gold Blend being chucked on the audience. Go see it drunk, on til Saturday:http://sohotheatre.com/whats-on/lucy-mccormick-triple-threat-2017

Max: I stood in Starbucks and watched a squirrel doing stuff with another squirrel. NOOOUGHTAY! Hhhhhoot

Flav: Went to the cinema museum in Torino. Been there a hundred times before, but it’s always nice, they always have new expositions going on.

Beth: I don’t think there is one best dot I’ve collected. I think being able to work in different spaces and exploring new things helps influence what you’re working on. I did go and see free fire at a local independent cinema, which was pretty sweet.

Mark: I’m half way through Paul Beatty’s The Sellout. It’s fantastic, utterly enthralling, hilarious and poignant. Well worth a read for anyone who hasn’t.

Sophie: Went to Bristol. Painted a mug. Ate some pork. Walked miles. Used a tarpaulin sheet as a curtain for the weekend.

Kyle: I have been doing a lot of reading. Finished a book on Gengis Khan. Read Haruki Murakami’s new book Wind/Pinball. I found hanging out with friends a nice break from work and found some weird and wonderful inspiration from them. Oh also La Jettee, a french dystopian photo documentary, really cool, re watched it after not seeing it for a couple of years and the sunshine.

Malou: I’m in Dartmouth/Devon and just the journey down here has been…. I mean I now have a bean bag full of dots 😀 Yet alone walking around the small streets going to pubs’n stuff. It’s fab!

Arthur: Been digging on reddit and found the Deep Dream AI algorithm… Originally used by scientists to map out neural networks.

Adeline: The best dot I’ve collected over Easter break is yet to come.

Miranda: Mad Men is now on Netflix. I never actually watched it and am finding it interesting and amusing.

Robyn: This mad selfie exhibition at the Saatchi Gallery. The first room was full of masterpieces from the greats – each one was on a screen and you could show them some love via Insta. Frida’s social standing is now significantly higher than Van Gogh’s. Soz mate. BUT if you want to feel really weirded out then go hang in the 360 video selfie room and have hundreds of people telling you about their lives. Alternatively, go stare at Kim K snapping a pic with Hillary. It’s a yes from me.

“Stone Island and Ralph Lauren; that’s what we were wearing then”- Is there a place for theft in advertising? @JoeySare

Can you have an ethical career in advertising? By @PipBaines13 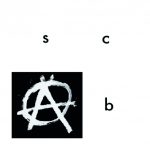