I Sell or I Die

There is always someone else to blame. If it isn’t someone specific, it’s a bigger system like time, it’s the man or the great spaghetti monster in the sky. It’s the easy route. “It was a shit brief” is perhaps the easiest excuse we have as creatives, but it should be clear to us that it’s within our gift to challenge or reframe, to do the groundwork to change it and if all else fails, to refuse it if there genuinely isn’t scope for a solution. If I’m really honest, a brief is never the excuse: every brief comes from a problem and if we can’t get to the underlying problem – however badly stated in the brief – then we’re not really in the business of finding solutions.
I started writing this SCAB about my annoyance at failing to properly sell an idea that I really believed in. We sell or we die and we were bereft of life. My immediate reaction was to look for a reason that was easy to digest.  We hadn’t rehearsed it, which is a failure in itself, not a cause, so my brain blamed everything else around me.
Of course, blame just a defence mechanism that helps us preserve our self-esteem. Me and my damn ego. It really is a useless twat.
I did a bit of reading on the topic and it seems that most blaming is us projecting our own faults onto someone else. There is a “fundamental attribution error” where we excuse ourselves for the thing we’re blaming others for. Even worse, the act of blaming seeks to punish the target of the blame because we can’t blame ourselves. Damn. That’s just evil. I’m all for defending our fragile ego, but I hope that it’s not at the expense of others.
Blame really comes into play when you’re working with people. People are an easy proxy for our own shortcomings. I know I’ve been guilty of that in my life, as far back as I can remember, and it’s something that I need to tackle. I’m having a bit of an epiphany about it right now. Sure, we need to work with people that share our appetite, ambition and energy, but these are things that we can sort out before we get to blame. We can deal with the asymmetrical qualities that nurture the unexpected and search for the combinations that make collaboration more than the sum of its parts. And if the collaboration isn’t working for a particular reason, we need to call it out and fix it, rather than let it fester and become something to blame later on.
The six hat thinking of De Bono is supremely useful when working in a group or a partnership. The blue hat makes sure you agree on – and stick to – a path to reaching your goal. The others help you see through the noise and deal with each different aspects of a problem/solution in a more purpose-driven fashion. It’s more than just a creative tool, it’s a productivity tool too.
There’s a lot to believe in at SCA, but nothing is more important than the mantra cast all over the walls. We Sell or We Die. It’s really simple. Make it happen, by hook or crook. Anything less than a sale is a fail. The glimmer of hope is that in failing we should at least understand where we faltered and make sure it doesn’t happen again. Blame is a shit game, and I’m not playing any more.

Grow down, not up. 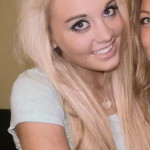 I SURVIVED WAY WORSE – By @oliverdfinel