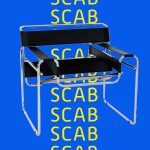 I love wearing hats when I go out, so this week we were treated to learning about the ‘6 Hats Thinking’ system: Blue (Planning), White (Facts gathering), Red (Feelings), Yellow (Benefits), Black (Critical) and Green (Creativity). The one hat out of those which plays to my strengths is Blue – the planning hat. Although I am an organiser freak there are, to the surprise of most people, still some things I need to improve on…

Learn to Delegate and Learning how to say No:

I’ve had to work with some terrible teams in the past, before SCA, so am used to doing everything myself and not delegating. It’s been a learning curve being able to trust others to do their part. I have tried to be fully accepting of this on the course though, knowing that everything will be team/partner-based. In some instances though I’m still having to actively tell myself to let go of some tasks and trust that others will do them.

I’m not too bad at saying ‘no’ but still working on it, I don’t like to be mean to others but at times I just have to say no to things. Once in a task with my partner I said to them, when we were thinking of putting our presentation slides up, that maybe I should set up the class slide deck this week if we need to put them there now. He emphatically wrote one word down, “NO” knowing I’d been the one to set up the class slide decks every week. I had been urging everyone else to have a go at doing them instead of me, so have been trying to resist doing it. Thankfully in that split second someone had already created the slides deck for the class and we all lived happily ever after.

Try not to be overwhelmed and Say no to multi-tasking:

My brain freezes when I’m bombarded with too much at once from anyone and it almost paralyses me, I literally cannot move. Unfortunately my partner bore witness to it this week. He asked me for a lot at once in a short space of time before he had to head to the School, I nearly made him late! I do feel so guilty about that as I hate being late for anything myself. Why I usually like to fully focus and complete one task at a time, less chance of brain freeze! That being said, if it’s something I’ve decided on myself and it’s very low maintenance, through multi-tasking I will cross back and forth between things to do them.

Once I have listed the tasks I need to do for the day they’re in no particular order and they’re just as I’ve thought of them. I then go through them and circle a number next to them in order of priority, usually according to whichever is the quickest to do or which is the most urgent.

“Deadlines, Deadlines, Deadlines” is my mantra! I usually set myself mini-deadlines for everything to make sure I’m on track to fulfilling all of my tasks. I definitely recommend setting yourself a final deadline way before the official deadline so you have time to tweak and fix anything in the final space of time you have if you need to. I have a normal calendar like most people but an extra thing I have got for School is a weekly whiteboard calendar. I have been writing up the timetable on this rather than printing it out, every Friday evening I have the pleasure of wiping the board clean of the week (almost celebratory for surviving the week!) then writing up the following week’s timetable. For one it saves on paper and printer ink, two it’s easier to wipe down and change/add things to at a moment’s notice – which I have had to do a few times!

Take breaks and unwind before sleep, don’t forget to have fun!:

Yes, work hard play hard! Although I’m not as bad as I once was in my younger years I can still get carried away with work sometimes. I do set aside time for myself an hour before bed, just to chill and take some ‘me’ time. Will either watch video(s)/programs I’ve recorded, watch comedy shows and catch up on the latest goings on with world news. I can be so into my work I forget what’s happening around me!

Then finally check my emails and messages. I have a folder in my emails that are specifically for emails that I need to tend to, but will do so the next day, if it will take too long to do at that moment. I make it a priority to completely switch off my phone before going to bed, not only to save my brain from radiation waves but that way I have ‘closed my office’ for the night – no more calls, messages…nothing. If you must charge your phone overnight do it as far away from you as possible, like another room – again this relates to radiation output on your brain.* Then the next morning when I wake up first thing I do is turn on my phone, ready for the barrage of overnight calls and messages to get through – which of course I set aside time for.

*A simple experiment was conducted in a School in Scotland with two small pots of cress. They were placed in two separate rooms with exactly the same conditions as each other. Except in one of the rooms an active router was put right next to one of the pots of cress. Within a short space of time that pot of cress died, the other pot of cress flourished. Still think it’s a good idea to keep your phone on next to you when you’re asleep? If you need a wake up alarm don’t use your phone, there are plenty of alarms out there that do not need to use a radioactive element in them. I use a vibrating wristwatch, only because I wear earplugs due to having oversensitive hearing in my sleep.

I hope some of these tips are helpful to you. If you can guide me in the things I wrote earlier, that I normally find difficult to do, please do feel free to advise me!

I JUST FEEL TOO MUCH – By @EvaMenovsky