Struck by lightning – By @poppy_scarlett

Yesterday was a beautiful day. The storm was forecast to loom over the Isle of Wight and ruin our plans for the day. But instead, it was delayed over and over again. So we had a glorious day out on the boat, brunching and reading on the balcony in the sun. We even had time to squeeze in a BBQ and a few drinks before the lightning and thunder began.

The storm itself was fascinating. I’ve never seen a group of young people more captivated. We hung off every strike, waiting for the storm to get closer. For a long time, it seemed to be circling us. We’d see curtains of bright, white light flash in all directions, trying to predict where it would be next and how long until one of us would be struck. Given the calamity that often befalls me, I was pretty adamant that I was most likely to be hit. In the same way that I’m always ‘most likely to be eaten first by zombies’ if you ask any of my friends. I’m just the unlucky one.

Fortunately, no one at the party was struck by lightning. And hopefully no one at all. But something did strike me. I’ve always wanted to write comedy, whether that be a play or a series. And I’d pretty much decided that this would be something I’d do later in life, mainly because I didn’t think I had any material to work from. So I was pretty much waiting for some inspiration to come along.

As I sat at a window staring out into the eye of the storm, something hit me. I’ve got a lifetime’s worth of material. I’m surprised it took me this long to realise this. Especially given that I’d made plans to write an autobiography when I was about six years old. My wonderful Grandma, and scribe at the time, had been notified of this plan. We agreed to delay starting on it for a few years so I had more life story to tell, although I’d probably done enough living by the time I was six to fill a book (a story for another time, perhaps). More recently, I’ve found the idea far too narcissistic to pursue. Maybe I’ll change my mind if I become a bit shot?

Anyway, last night I connected the dots. Partly inspired by Ben’s decision to document his sexual escapades, I decided that I could use my life as comedy material. Writing comedy might also allow me to enter the world of comedy without doing stand-up (I’m still umming and ahhing about giving this a good go after my comedy school experience). Unlike Ben, I don’t plan to focus my attention on sex and relationships, although they’ll get some airtime. After a stint on Tinder and Bumble last year, I considered starting a blog about my love life. I have some hilarious and pretty disgusting stories which have entertained my friends no end and deserve to be told. But I found a blog called the dick diaries which is already doing a fantastic job of relaying the gritty, realistic existence of a modern day single female, so decided against it. For those of you that know me, and/or saw my comedy performance, you’ll know that I have plenty of gross stories which are (thankfully) non-sex related. I’ve somehow also managed to add to this in the months since my performance.

Admittedly, the plans to write comedy sooner rather than later had started earlier in the day. During a random chat, Ben, Meg and I had got to the middle-class version of ‘Two pints of lager and a packet of crisps,’ which we decided was ‘Two bottles of wine and a pot of hummus.’ As soon as we said it, I knew that I needed to write a series riffing off that. But it wasn’t until later that I clocked how I’d do it. Being picky, and realistic, the title of my life would probably be ‘Two bottles of prosecco and a half-eaten pizza.’ But, as this is definitely not going to be an autobiography, I reckon the first title we got to hits the nail on the head. So, I figure there’s no time like the present. Maybe I’ll start on that comedy writing a little earlier than I thought.

I love you, he said, walking away from me, by @YOxSHOSHO 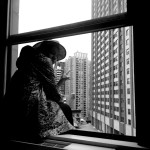 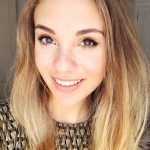