The inventor vs the artist – By @zoejessicad The inventor vs the artist

The role of the artist is rather straightforward. You simply see something out in the world with the potential to interest, and find a way to put it in a gallery.

Views, people, a pair of shoes, an unmade bed, a box, anxiety or sex. You could photograph it, paint it, abstractly scribble it, perform it or just put it there, readymade. There is skill in the spotting of the things that interest you, looking around with eyes wide open, as there is skill (usually) in creating what goes into the gallery. It is a game of communication – can you spot what I found or felt and why?

The role of the inventor is a little trickier. You have to see something out in the world with the potential to be something totally new, and find a way to make it.

Artists make to express, and inventors make to solve problems.

Ad-men sit between the two: expressing to people how a thing might solve their problems.

Our job title is ‘Creative’, which always begs the question of what creativity is. I had always associated it with artists (inc. writers, directors, actors, musicians), with freedom of expression, with the ability to move people and tell stories. Solving problems was something I had only done in maths, which didn’t require my imagination at all. But inventors did use their imagination; they used it to fix the things that needed fixing in the world. Somewhere along the line of science and engineering, I think the word imagination got phased out and replaced with equation. So being an inventor became being good at maths, and something I couldn’t do.

Being a good Creative in advertising isn’t being an artist, or an inventor, but both… So to be the best Creative I can be, I have to find the invent-y side. A story is useless without a good idea, and a visual should come after a solution. If I put problem solving first, I’m certain my work will be better.

I think the most creative people are children. Children use their imagination to solve problems and to tell great stories, so my goal is not to be a better inventor or a better artist, but to be a better child.

Creative leadership in a time of crisis. 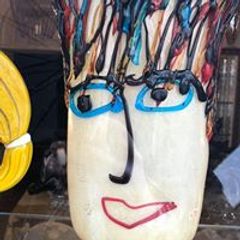 1 portfolio in ashes – By @zoejessicad