Today was a good day – By @alfsuit Today was a good day

Today was a good day. It wasn’t until I did my gratitude and looked back did I really appreciate it. I just rushed through the day as I always do. Keeping myself busy trying not to think too much. But maybe I don’t need to be like that anymore. Maybe I can just relax. Be free to enjoy a car journey by myself or being on the bus without music. Or just be happy to watch 90 minutes of football by myself.

When you truly enjoy your thinking time that’s when you know you are content. I remember someone said that being happy is just being content. The man said his son had died of an overdose. He said that people these days have this idea of happiness, that it’s like ecstasy you should be deliriously high on happiness. Literally high off life. I remember Ben came in and said if you were happy all the time you would get nothing done. Maybe that’s why I have got so much done.

When I was at my unhappiest I got a first. Arguably one of the notable achievements of my life. Well one that you can quantify. And at that time in my life I needed myself to be quantified. I needed my self worth to be shown in a number. Not any number but the best one you can get. The one that puts you into first. I remember being buzzed. Ecstatic that it payed off. I thought I was better that day. And though it was the start of something new it was also not the end of the dark times. The clouds that settled that year where not to dissipate for a while. So much so that in two years time, in a new course, with new people and a new purpose, the statement was made,

“It seems Alfie that your still upset over something that happened two years ago.”

And I didn’t realise it but he was right. I thought I had progressed so much. I felt like I lost myself travelling around the special places where everyone finds themselves. I thought myself into oblivion. I didn’t know who I was anymore or what I stood for. But then piece by piece I put myself back together I got a job, structure I spent time with my friends I prepared for SCA. I thought I was back but it wasn’t true I had built a wall around myself again and this one was the strongest yet. This one couldn’t be tore down. Even the loss of a best friend seemed trivial (just to clarify they didn’t die I was just dead to them).

I was so distracted even the monkey was happy. There was so much going on I thought I had reached nirvana. I forgot what was acceptable and just tried not to be. Not for any real reason. Maybe I was afraid. Afraid of this time trying hard and failing. Nothing can hurt more than trying your hardest and failing. I remember my dad was saying to me, everyone was saying to me I could get a first I would be fine. But I just kept thinking what if I try my hardest and still failed. Then what am I worth. What even is the point of hard work.

That’s what he said. He picked up the frame and there written in the middle was those words. My narcissistic devil scoffed. Your talented he said. The insecure worm just hid pretending he didn’t exist so the devil didn’t step on him.

Nip it in the bud they said. They would cut me off before I could flower. I couldn’t have that. I needed to move on and start a new dawn. Nothing has scared me as much as the idea of that for years. The walls were too thick. I said to my friend that Marc tore up the road. But it was more than that. He tore down the weak supports I had built myself onto.

Though I was initially lost in the rubble. I quickly dusted myself off and set about building something real. Foundations I believed in. A base for a structure that finally represented me.

And as a result I think today was possible.

The actual version of this scab goes on for much longer and I do describe my day but I have decided that’s for me. So bugger off now I’m done.

Over The Rainbow – By @rolloskinner 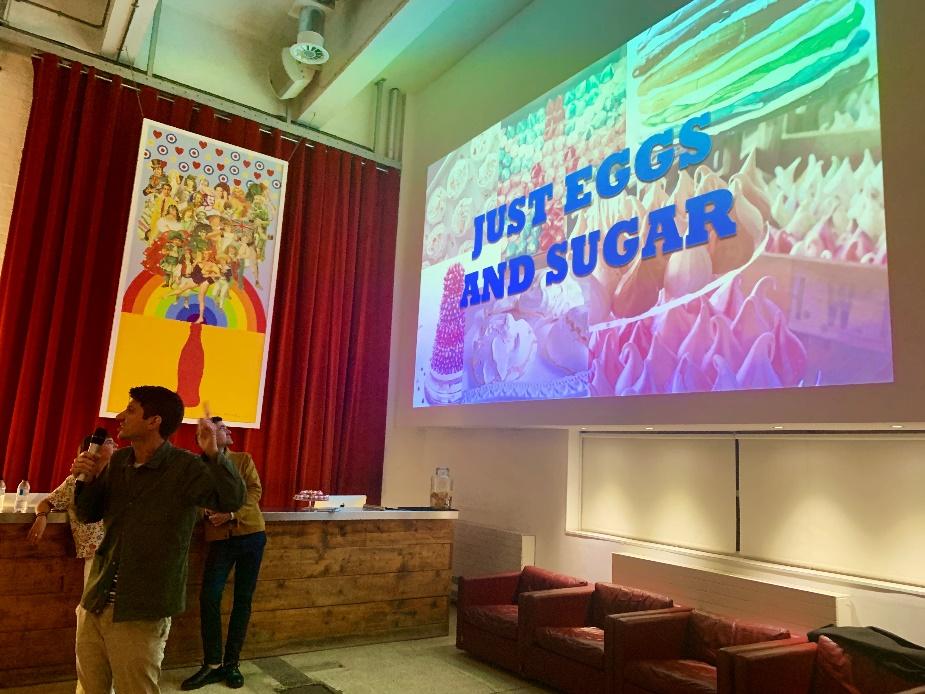 Where are you from? By @monaonthemoon