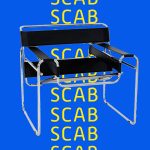 It was the mid-1980s, I was nearly six years old and was visiting my new potential School. They only took the brightest pupils and some were even offered a Scholarship, so it was competitive. Being a child this young I really wasn’t aware of the enormous responsibility that was on my shoulders, at the time all that interested me were Cartoons on TV (still love those 80s animations to this day). So when they said they were just going to give me ‘a little test’ I had no idea the massive impact this would have on my potentially studying there. Did I pass you ask? No, completely failed the entrance exam.

The teacher said to my parents I could still enjoy the rest of the day with the other pupils. So I stayed and was completely bored senseless until computer class. Little did they know that our Dad had trained us from an early age to be computer literate, so they were in for a shock. Indeed, seeing me in action caught the attention of the teacher. Bearing in mind in the 80s there was no social media, no mobile phones…nothing. So being good at using a computer at that age was considered amazing if not unique. So based on that discovery they made an exception and allowed me into the School, imagine if computer class hadn’t been taking place that day – I would never have got in!

Fast forward to the present day, I have a massive nosebleed which hasn’t been experienced in this capacity since childhood. I am doing my best to slow down the tide with endless red stained tissues in the bin and nose pinching. I drink water and eat some fruit to assuage the light-headed feeling I was getting from all the blood loss.

The phone rings and I pick up, it’s Marc.

They say first impressions are everything. So what did I do to greet my potential tutor? I give an almost drunken performance of, “Hello!” on the phone but I push on with answering his questions, hoping my head will stop swimming – at least the bleeding had stopped anyhow. After our discussion he said he thought I had potential and would have normally invited me to a Selection Day, however there were no more for that year. So, he had to improvise…my nerves were shot by then as I wondered, ‘What was he going to do, remote control my mobile phone so it administered electric shocks on wrong answers to multiple choice questions?’

He gave a verbal test over the phone, it was a timed Divergent test. Here I begin to realise how detrimental the blood loss may have been to my cognitive abilities, as he gives me a practice run before doing the real thing. The first thing I think after the final test, ‘There is absolutely no way I am getting into this School now. Whatever potential he thought I had has gone right out of the window.’ Amazing what goes through your head in the few moments before he announces his decision.

I got in…by some miracle I got in.

You could meet a Pat – By @katiebcreates

A nonsensical story – By @Aaron_Furman1