You are a creative – By @laurenpeters123

You are a creative

So you want to be a creative? Wrong. You are a creative. The moment you start thinking about becoming a creative, you’ll be one. Now go make yourself a business card.

Is essentially what Robert Rodriguez said in his ‘Ten Minute Film School’, a video recommended to us by Gus Guerrero a couple of weeks ago having flown 1 hour and 40 minutes across the North Sea.

Although only 10 minutes long, the video touched on some important points, points worth sharing I think.

Gus uses anything and everything he can get his hands on to make stuff. Lots of stuff. Lots of really cool stuff. As he rightly says: ‘work is the sum of the influences you choose’. I have chosen Rodriguez as an influence and hope my work will be a reflection of his teachings.

10 minutes is enough to influence somebody somewhere, Rodriguez is evidence of that. I’ve just saved you 10 minutes elaborating on a video you now don’t need to watch (although I’d highly recommend you do). How will you spend your influence?

Emoji, You Makey Me Crazy by @G_Horrocks 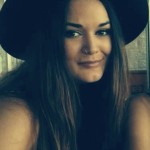 Here’s Our Graham With a Quick Reminder