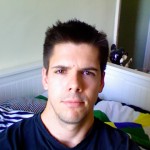 Beethoven in the bath will help to overcome any mental impasse. 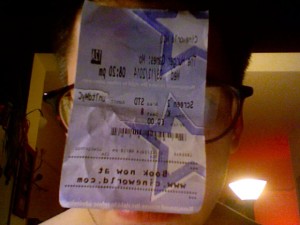 I saw the new Hunger Games movie the other day. It was easily the worst release I’ve seen this year, and I’ve been to the cinema almost 40 times this year already. Now, the film itself, much like the franchise as a whole, was passable. Easily the most dull of the series so far, but that wasn’t what I found so galling. What irked me so, was the very real feeling that I was being ripped off.

As you may know, the last remaining book in the trilogy to be adapted has been split into two parts. You may think that the story, with its rich web of characterisation and plot development, deserves, even requires this increasingly common method of telling a story at the movies.

It’s actually a second rate Young Adult text, whose currency of ideas consists of well established dystopia-porn tropes. Most damningly, I am of the opinion that it wouldn’t have even been adapted if it weren’t for the out of this world success of the Harry Potter franchise. As an aside, it’s soo 21st century that we are all Young Adults now, consuming media as Actual Adults that is ultimately written for teenagers.

On an artistic level, The Hunger Games: Mockingjay, Part 1 did not need to exist in this world. Don’t get me wrong, my favourite art form of all is still a very young art form, and it needs money to grow. And as an art form, there is an awful lot of money to be made. But cinema often deftly combines the human need for storytelling with the equally human need to make a bloody fortune. Cinema at its best is society talking to itself. It’s the closest we have to magic. I digress. The point I am trying to make is that HGMJ Part 1 was just so obviously a very cynical ploy to make money. And I was offended, that they would think I would have any opinion to the contrary.

They literally took one film, padded it out, and cut it in two like an earthworm. And like an earthworm, where the two ‘bits’ survive, the movie is now two limp expressions of its former self.

Mark Kermode said if movies make billions regardless, why don’t they try and make more good ones?

Somewhere in what I have just said goes something like,

We, the punters, own lots of media channels now. The idea of having a one way conversation at the consumer allows us, in advertising, to enter a headspace where you begin to try to rip them, the punters, off.

When the consumer becomes the prosumer, in a connected world, the conversation becomes two way and the old-channel way of selling shit becomes, if not obsolete, existentially challenged. 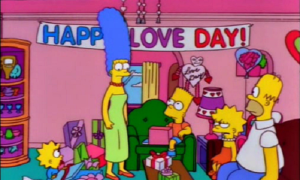 So, what do? People don’t mind being sold stuff. Surprise! Just be honest. In that, they don’t mind advertising if after having experienced it, they feel they got something in the exchange. Their time, their attention, for something in return. Equitable conditions make homo sapiens very happy.

HGMJ was just such an obvious cash-grab. I paid for my ticket, I chose to be there, people don’t choose to see advertising, for the most part. I got what I paid for, but I didn’t get anything worthwhile from watching this movie. I so easily could have, that’s the issue.

So if brands are making billions regardless, why don’t agencies produce more advertising that people actually like?

Champions aren’t made in the gym

Weirdo on the Bus – By @TarunChandy

The Bear, Reflection and I – By @GCopywrite