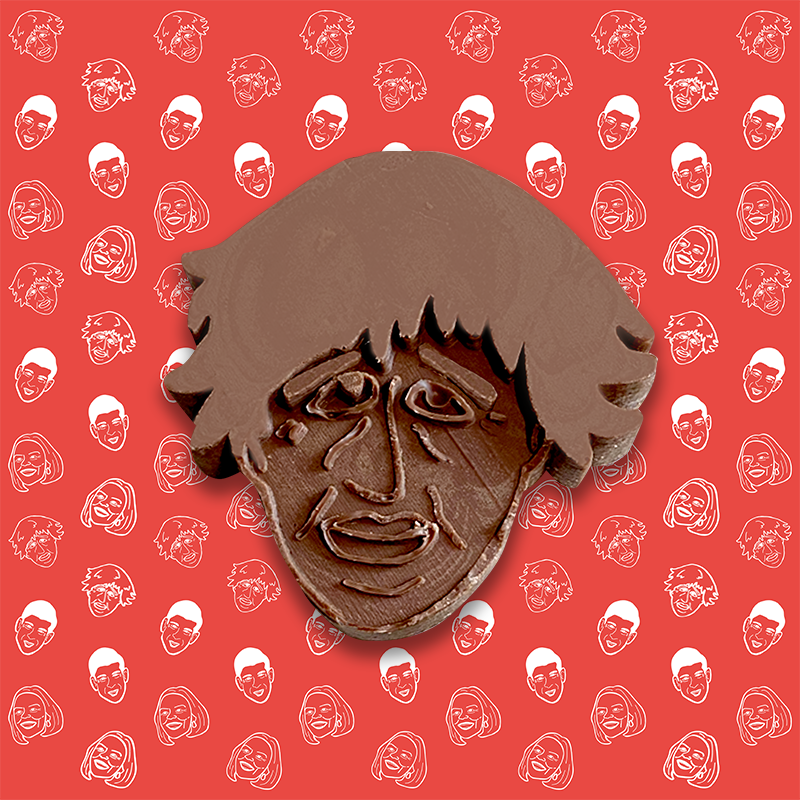 ‘Eat The Rich’: You Can Now Buy Chocolates Of Rishi Sunak, Boris Johnson and Liz Truss

The creative team have made chocolate moulds in the shape of Rishi Sunak, Liz Truss and Boris Johnson which are sold on their online store, entitled ‘Eat The Rich’. The campaign aims to criticise the actions of the three most recent Prime Ministers, with all profits going to the food bank charity The Trussell Trust.

SCA alumni Agatha O’Neill and Sarah Lisgo produce the chocolates themselves from moulds of the three politicians heads, selling them on their website eat-the-rich.co.uk.

The campaign name is borrowed from the quote by Jean Jacques Rousseau, who famously proclaimed that ‘when the people shall have nothing more to eat, they will eat the rich’. The ‘rich’ that Rousseau was referring to was anyone in power. The phrase ‘eat the rich’ is now a political slogan associated with class conflict.

Rishi Sunak is the newest appointed Prime Minister, and in doing so now holds the record as the richest ever occupant of Number 10. Sunak has historically voted against paying higher benefits over more extended periods for disabled or ill people who are unable to work, whilst voting for increasing the threshold for when people pay income tax and voting against higher bank taxes. He has also boasted about cutting funding for poor areas to send money to wealthy parts of southern England.

In the middle of a cost of living crisis, previous Prime Minister Liz Truss’s policies involved removing barriers on bankers bonuses and reducing business taxes. The costs associated would have meant less spending to invest in education, infrastructure and technology. The knock-on effect of the mini budget has led to catastrophic consequences for people in the country as a whole.

Boris Johnson repeatedly battled Marcus Rashford against free school meals during the pandemic. He was also quoted describing the revenue from his column, which at the time paid £250,000, as “chicken feed”.

As we enter the new year and with the colder months looming, the team hope that people will consider buying the chocolate to help the most vulnerable families in the UK get through this winter.

Putting in the Extra Mile – By @BeaaaBergman

Going over the top – By Max Lom-Bor