I  need an ambulance – By @mazzystar81 I  need an ambulance to take me home. My brain has just been stretched and splattered all over the outer galaxy of lateral thinking. I’m exhausted.

I’ve been struggling so much to understand how to approach D&AD. I feel like an overworked stripper dancing for a big fat D&AD God, trying to understand what it wants. It feels more complicated than a Michael Jackson relationship. More boob? Less boon? Oh maybe no boob. Part of me really doesn’t care what it wants but if I’m going to submit something I should probably do it right.

I chose this brief about menstruation stigma because I think the issue is important but I feel like I’m squeezing every idea I have into a dress that doesn’t fit. And once it doesn’t fit, it’s off and on the floor. Lying there incase it’s able to squeeze into it tomorrow. Who knows, someone may come along and shave off a few inches.

I’m ahead of myself though. Before we even get to dance in front of the great D&AD God our moves have to be shown to a line up of judges, far tougher than any that have graced British TV. An idea can be pin balled between a ‘Yes.’ ‘No’. Absolutely not.’ ‘You’ve absolutely nailed it!’ ‘No I don’t see it at all’ in a matter of hours. Calling for an ambulance to take me home seems the least of the dramas.

I’ve researched everything there is to know about period taboos, come up with so many ideas and crashed and burned because ultimately I can find a hole in every idea. Apart from the very dull logistical ones. The ones where I will deliver individual period products in a tiny tampon van and repeatedly stab men who mock women’s pain in their balls with a cocktail sword. There are no holes in these.

What I realised from talking to the judges today is that I have been approaching the brief as if I were a politician or a health aid worker rather than a creative. I forgot there was a difference. I’ve now had my brain stretched by an amazing talk with ex SCA-er Martin to realise when I come back into the atmosphere I can attack the problem from any direction. Take a word? What does it mean? What could it mean? What should it mean? Play.

And at the end of the dance who knows if we will be any more the wiser as to knowing what that D&AD God wanted. Some of the best ideas I’ve heard about won nothing and some of the worst ideas I’ve seen won pencils so instead of allowing it to make me go mad I will keep trying to have fun.

The copy scores 82.3 in the Flesch Reading Ease test

‘Can’t you just get up?’ @susanmcfadzean 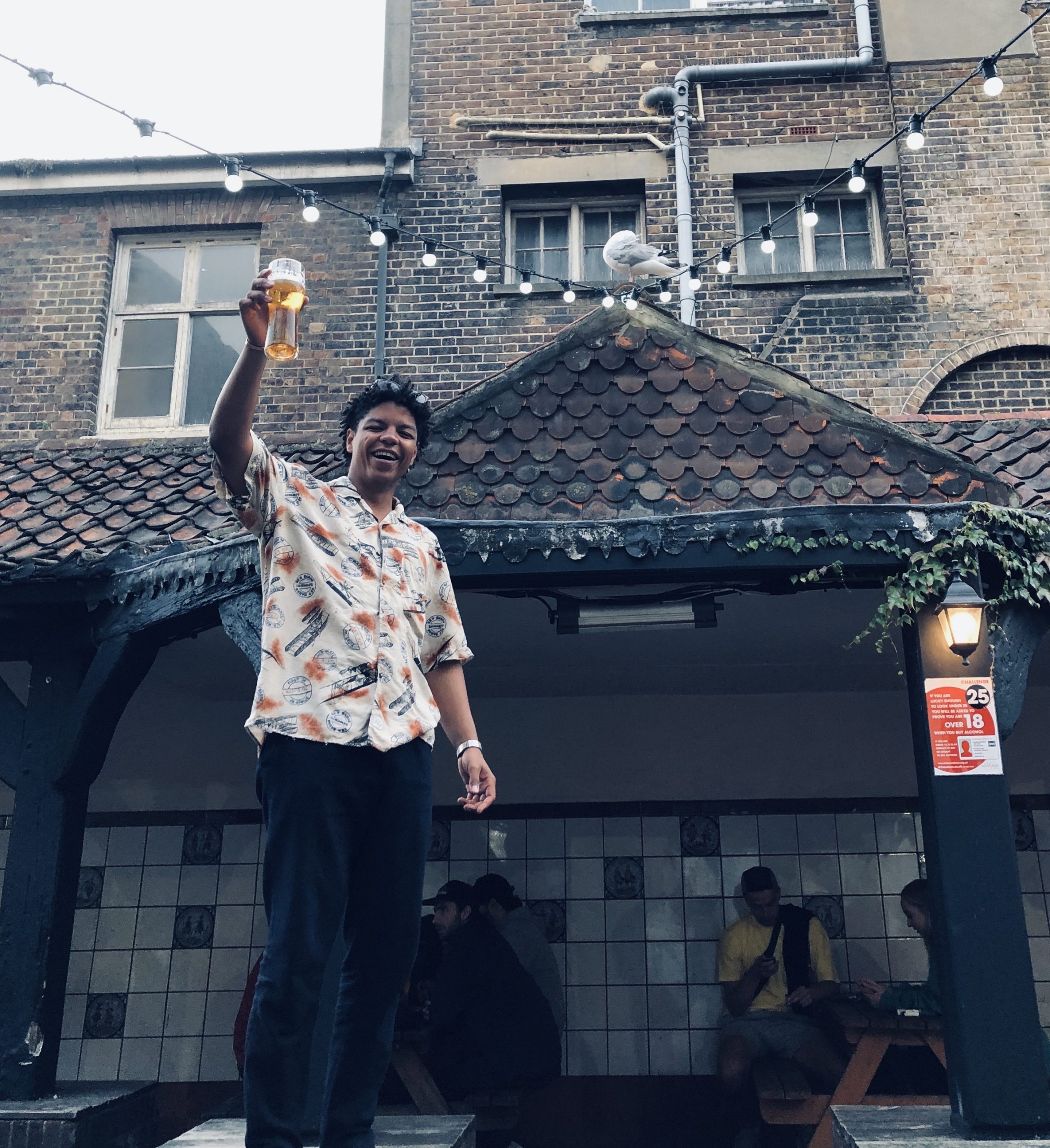