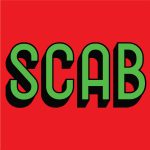 I write this on Thursday night, the night before one of my most challenging portfolio brief deadlines. My head still smokes from the burning of confusion these two weeks have given me. I think about the events earlier today that made me cry, and I laugh. I am broken as a person. I lost trust for all of the mentors, my brief partners, and myself.

It all started on Friday morning after Uri gave his routine strategy masterclass. I banged out my SMP and Get To By and put my name down nice and early for Uri to see me and get his thoughts on it. He ensured me it was a good one. ‘Sees the good in you’ was the SMP, for reference.

The thing about SMPs, as I had asked Marc about that faithful Friday morning, is that they are plain in language. It’s the thinking behind it that’s credible. My partner on this brief was unable to see past the plainest of my SMP’s language and insisted on a different route. The rest of that Friday and the following Monday were lost going back and forth on my SMP’s credibility.

Monday evening we had a lot of work to go before the poster, social, experiential and case study video deadline in four days. We hadn’t even started scamping for ideas. I told my partner that unless they got an alternative SMP signed off by the next day, I was going to continue with mine. Tuesday morning they had one, so I let mine go so that we could both comfortably scamp ideas and get the creative process going.

In hindsight, we should’ve come up with a story to tell based off my partner’s SMP before scamping, but I found myself unable to scamp to it. I came up with iterations of two ideas I felt were either basic or not big enough for a campaign. With the deadline clear in my mind and starting to juggle it with the new two-day-brief and research for another portfolio brief, I decided to try my luck scamping ideas with my old SMP. It felt more natural and I was able to come up with a diverse range of executions. I told my partner my feelings and suggested that I work on my own with my SMP because I wasn’t able to work on theirs, and vice-versa. They encouraged that we stay together, so I asked if they could make a campaign of their SMP for Wednesday morning so that we could start crafting.

Wednesday morning came and my partner didn’t have an idea for their SMP. I drew the line, for the sake of timekeeping, and told them I refused to work on their SMP because neither of us could come up with an idea for it. They suggested we talk to Marc.

Marc listened to both of our SMP’s and our feelings towards each others’. He encouraged that as a team we should find a middle ground, and helped us come up with a mid-point for both of our SMP’s. He came up with a great one that I was mad I didn’t come up with. But we had no time for my emotions and went straight to the scamping board. It had a rocky start. With the feedback we got in a campaign review for the entire cohort the following day (today), we realised we came up with a rocky idea.

General feedback from the mentors expressed confusion to our posters. But it was when Marc looked at us and said “this isn’t what we were talking about yesterday, it’s more about… seeing… seeing…”. Sees the good in you. At this point, I felt the kind of frustration I imagine school shooters feel. The useless kind that crawls under your skin. How had I gone almost an entire week of having my SMP rejected for it to be requested again at the last moment?

After I cried my frustration away, I went to scamp and craft and make a case study video. I have a campaign now and am confident in meeting the deadline with posters, a social media and an experiential route.

What have I leaaarrrrnnnnnt???????? I learnt that if your gut is scrimmin that you’re wasting time, or that an idea doesn’t have legs, or that your poster doesn’t make sense, it’s probably right. But for the love of your mental health: