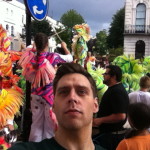 PORTFOLIO SCHOOL –  WHAT WOULD THE EXAM AT THE END OF SCA LOOK LIKE?

I studied biology at one of the best universities in Portsmouth.

And I can’t remember a lick of it.

I can sort of misremember why dolphins are dark on the top and light on the bottom and tell a heart apart from a knee but that doesn’t induct me into the scientific elite.

If I were to be bold I’d say that I know no more biology now than I did at 14, when I precociously peaked.

What I did get better at was passing exams.

And there’s no place easier at doing that than university. You can predict, with incredible accuracy, the questions that are going to come up. They rarely change year to year.

My lecturer shagged one of his students using a crisp packet as a condom. I don’t know what flavour but it’s safe to say he wasn’t about to lose sleep over spoon-feeding us which topics to revise.

I assume this happened at most universities.

So while my class got great grades we won’t be changing the world through scientific advancement. More of us will get cancer than cure it.

So when Joe Bullmore asked me what the exam at the end of SCA would be like I just blacked out such was my panic at the prospect.

It could be filled with fairies and glitter, a horses head and a pigeon with a gammy leg for all the good it’d do.

But that’s not what he wants.

I reckon that exams are one of the worst indicators at gauging aptitude on a subject.

We don’t do them here. Instead we’re tested every day. Sometimes emotionally.

More generally SCA 2.0 is described as a portfolio school, because a portfolio gets you a job. Yet if all the portfolios got burned tomorrow we’d all be able to produce another one.

Because SCA is really about learning how to have ideas and solve problems.

That can be applied to any walk of life. Give me a non-advertising test and I’d crack it faster now than I could 6 months ago (probably).

I don’t know if any advertising courses do end of year exams. I hope not.

I know of at least two big ones that make their students do dissertations.

What a waste of fucking time.

If you want to write 20,000 words on your view of advertising then become good at it, do something brilliant and while everyone’s still looking write a book.

There’s another level to SCA where our weaknesses are exposed and exploited.

I’m weakest in front of a crowd. I reckon Marc will break that, however ugly it is.

Whereas at most schools you can hide stuff you’re not good at.

So SCA doesn’t follow a learning model that you’ll be used to. You won’t agree with all of it.

And at the end I won’t get a slip of paper with a grade on it.

I’ll have a book of them with above average ideas on. And the ability to produce many more.