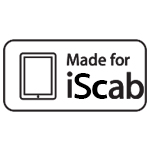 According to Wikipedia: respect is the idea of acknowledging one’s feelings, listening to others, and liking someone because of their qualities, actions, and achievements. For me respect is showing somebody you think highly and well of them.

I always respect everybody immediately, from wherever they come from or however they look like. You need to respect another for them to respect you.

But it doesn’t always work like that, unfortunately. Sometimes even if you respect someone, they don’t respect you back (at least you feel that way).

Respect is different in every country or place. I had a Portuguese boyfriend and he would always get mad at me whenever I would be talking to another guy. He thought it was disrespectful towards him because I would give somebody else the feeling that I wanted them. But where I come from, we talk to everybody without any intentions. We are open-minded friendly people. Where he comes from there is always a second agenda.

That was the first time I felt that everybody sees respect differently and that there is no wrong or right but just the way you feel and think.

Many times I feel like people didn’t respect me, my teachers, my friends and even some of my family members. Like they don’t take me serious enough, or look down on me or even think I don’t have the potential to make it in the world.

The reason many people didn’t take me seriously was that I had so many career changes – or things I wanted to become when I got older. “She doesn’t know what she wants, just let her talk, she will end up at a regular job anyway.”

But it’s okay to not know what you want yet. It’s okay to see where things are going or what works for you. I am still not quite sure what I want to do. There are so many options out there, there are so many things that I like, I need to explore before I set my mind on something.

I have this list of goals that I want to achieve in my life, they vary from all different things, from dancing in the Batsheva Dance Company, acting in 20s movie, having my own gallery full of paintings, baking cakes for weddings, building my own house, writing a children’s book, having my own theatre, being an art director in an ethical agency and being the best mother ever. They aren’t big goals (well some are – okay most of them are – all of them are), but at least that way I set myself a clear goal that even if I don’t achieve it, I at least tried. I will show that I will make it, in my own way. 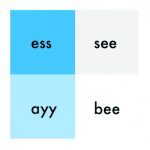 Yesterday on my doorstep