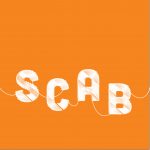 It’s no secret that I had two selection days. Given that I heard the first one had been described as ‘a kin to a car crash in slow motion’ I’m honestly not surprised and would have judged anyone who offered me a place at that point.

Initially, I was so ashamed to disclose my crushing defeat, let alone speak about it so publicly but as I reflect on my journey from the day I received the fateful phone call, I’m grateful that it happened this way. The lessons I learned were more valuable. And you lucky reader can share in my wisdom.

Don’t be afraid of rejection.

If they see enough in you, you’ll get another chance. Not only did I realise how much I wanted this place, that I was prepared to subject myself to the same ordeal the following month but I learned a valuable lesson about resilience and if you’re gonna survive this crazy ride, that is one quality you need.

Check-in with your emotional response.

Showcasing yourself in front of a bunch of strangers is honestly a social anxiety sufferer’s worst nightmare. I would swap frontal lobes in a heartbeat with anyone who glanced over the itinerary and thought ‘ Present myself in an interesting way? in 4 minutes- what’s the issue?

So how can you make this easier? Avoiding public speaking via showing a video would have been smarter and I’m jealous of the people who got to attend their selection days from the relative safety of a computer screen. However it can be nerve-wracking regardless, so prepare yourself.

Work out what your strength is and play to it. We live in a world that encourages us to dull down the passions or hobbies that aren’t seen as cool or that we got the shit kicked out of us at school for. Everyone has a passion that makes them unique. Boring your friends in the pub with your knowledge of 16th-century witch trials? Trust me there’s a place for that here. How can you showcase that thirst for knowledge?
Do not try to be someone you’re not, though. They’ll see through it.

It’s about the idea.

Amplify your skills. If you’re showcasing a craft how do you present it in an interesting way? Is there a twist? Can you do something to the medium so there’s an unexpected element? How do you show who you are?
It’s the thought behind it rather than just the work that will get you noticed. Think, how can I tell a story through my work or do something unexpected?

Don’t worry if you’re an introvert. My voice and legs shook like jelly on a treadmill throughout. Noone’s going to judge you for not being the loudest and most confident person in the room as long as when you do open your mouth you have something to say .

With that said, Stand out. Definitely not be afraid to put yourself out there, to go close to the bone, To gross people out ( if not gratuitous) . As long as there is some thought and strategy behind it , SCA rewards bravery in all its forms. I recommend the campaign article on selection days for some of the crazier presentations

Say the thing no one else wants to say.

I based my second interview around my response to being rejected the first time thus owning the elephant in the room. There is such a  power in acknowledging vulnerability if it is correctly channeled.

SCA has a reputation for being selective and that’s ok. They are looking for the exact secret blend of ingredients that makes their students so finger-licking good (sorry, I’ve been watching a lot of KFC ads). They’ll see something in you that you may not have known was visible but is maybe more obvious to others.

Most importantly, enjoy yourself. Have fun, let go and enjoy the bizarre and beautiful ride that starts with the selection day.

An Ode to Cain – By @ohunterjenkins

Thank You Cards by @cparkerbparker