A year of unpredictability, growth and lessons learned – By @megan_egan A year of unpredictability, growth and lessons learned

I guess it’s that time of year where we should all be reflecting, and what a ridiculously unpredictable year this has been, not only because world politics has imploded on itself, but also because personally, I’ve experienced some of the biggest highs and lows of my life.

My year started off very badly, with the sudden loss of two family members in very quick succession. Obviously that sucked, but I just ignored it. Instead of dealing with my emotions, I just worked, and worked, and worked. I started working 14 hour days in the studio, and taking on more freelance than I could handle. I didn’t realise it at the time, but I was going into self-destruct by working myself to oblivion. By the time February came, I was regularly drinking a bottle of wine every single night and averaging about 3 hours sleep.

Midway through March, I hit the lowest point of my life so far. I burnt out – I couldn’t create a single thing, and if I can’t create, I’m not me. I fell into a severe spiral of depression, with a sprinkling of anxiety. I’ve always been a very sociable person, but I couldn’t even bring myself to speak to people – if anyone spoke to me, they’d get one word answers, and those words came out of me like bricks made of lead. Everything felt like a mammoth effort, and even though I knew what I was doing, I couldn’t stop. The black hole was sucking me in deeper and deeper.

At the beginning of April, I was forcibly signed off from work. I didn’t want it to happen, I didn’t want to stop distracting myself and be left alone with my thoughts; I was actually scared of my own mind by this point; but it was the only thing that could break my routine and begin the road to recovery.

After a number of counselling sessions, a hell of a lot of baths and a few day trips to feed the soul, the grey clouds began to lift and I started to see happiness in the world once more. It took a long time to build myself up again at work, but slowly I started to get back into the swing of things.

Life is a funny thing though, I always feel like just when you’re at your lowest, it throws you a lifeline, and after the worst possible start to my year, things started going my way. In fact, I had 3 amazing things happen to me within the same week.

This was the start of a domino effect which led me to SCA. The minute I walked through the door, I knew it was something special, so when I was offered a place, quitting my job to study there didn’t even feel like a risk.

Marc said we should end this year with no regrets, and I’m so glad to say I don’t regret quitting my job. I was looking for a challenge, and SCA has delivered! I feel pushed to achieve things I would have never even dreamt possible before I came here, and I’m surrounded by incredibly talented people who drive me on to improve every single day.

Although I have no regrets, I’ve been reflecting a lot over the past few days and I know I could have done things differently in term one. I don’t like the person I became – I moved to London with something to prove, and I think this led me to be quite bullish and not listen to others as much as I should have. I’d go as far as to say I’ve come across quite arrogant at times, and it really mortifies me to say that.

What I’ve come to realise is I have always been fighting to prove my worth, ever since the day I started at the lowest step on the ladder as an apprentice – I’ve almost developed a complex where I have to constantly prove I’m capable of achieving highly. The idea of being average scares me more than the idea of failure.

I think what I need to take into 2018 is a new outlook, where I really take a step back to try and understand other people around me, how they work and how they think. I’ve always worked with people at least 10 years older than me and didn’t go to college or university, so in a way, I don’t know how to work with peers my own age, but I also know that if I don’t let my guard down and try to absorb the people around me, I will really be missing out on valuable insights and ways of thinking.

Next term, I want to be a different person. 2017 has been one of the most challenging and rewarding years of my life, and I slowly feel like I’m becoming more rounded. I will take the lessons I haven learned over the past few months and really put them into action next year to be the best that I can be, which means being more open-minded, collaborative and far more patient and understanding.

The ‘Sell-by’ Date For Political Correctness, by @EytanDGSmith 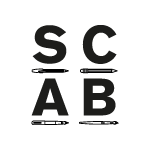