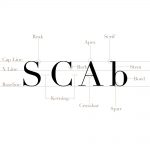 This Tuesday afternoon, we got a masterclass of praxeology, the science of human decision-making from Alex Batchelor.

The talk was very insightful and overall inspiring. It’s also very pleasing to have the point of view from people who work on subjects parallel to advertising and at the same time, correlated. Decision-making and human psychology is a fascinating topic and echoed to what I used to learn in UX. We don’t have much knowledge of them, even though I would enjoy pushing them further. But unfortunately, we can’t learn everything. It’s more beneficial to be great at one specific topic.

He mentioned in his introduction how vocabulary is used in different industries to fake being smart, and position themselves as experts. I made a direct connection with the digital industry filled with bullshit. Bullshit LinkedIn titles, bullshit buzzword and bullshit communication around it. It’s crazy how made-up words can influence the perception of people in a way or another. I’ve seen very smart people talking about the subject without knowing the jargon, and it discredits them instantly. On the other hand, some can create a business based on fluff. Being able to say nothing is sometimes almost art. Like the example that Uri showed us a few weeks ago on Pepsi branding. What a masterpiece. There is also the concerning trend of creating new word when you just reframe a subject. To make it your own.

But it shouldn’t undermine the importance and the richness of vocabulary. Saying things with the right words can change the meaning or the impact of the message wholly. And that’s why copywriters are so important and vital. Best speech and advertising of all time are based on a few words that really empower the meaning of them—even the simpler of them all. “Just do it”, “Yes we can” … There are so many great examples. But the simpler of them all win in the end.

Nuances can also make all the difference. Very different persons see the message and assume certain attitudes about the intentions of the author. The simpler and precise it is the less they are likely to misunderstand the information.

This is something with which I have a lot of trouble in English. Some words do not exist in French and vice versa. But that does not concern the majority. My problem is my lack of knowledge of the language. And it’s so frustrating not being able to formulate precisely what you want to express. I have the feeling of mistreating my sentence, of expressing it poorly. And it also requires an extra effort that I sometimes don’t want to do. Frustrating but I have to deal with it and keep learning. Vocabulary isn’t the most difficult to learn, it just takes time to have a situation that allows you to actually use it.

I am sick. Tonsillitis. By @zoejessicad