Anti-climax to a rebellious act – By @eudaimonicr 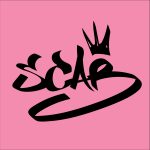 Anti-climax to a rebellious act

To be clear, this wasn’t a rebellious act. Although whenever I do something I know my sisters won’t agree with, it feels like it is. It’s always a strange dynamic. The older sister looks out for the younger, telling them stories of their own mistakes that they’ve made, in expectations the younger never misbehaves and does the same thing they did. The older sister generally gives the best advice they know, feeling like they’re protecting the younger in the best way they know.

About two years ago when my sisters and I were at my mum’s house, I asked my mum if she could take me to get my nose pierced. My mum probably isn’t a fan of facial piercings but agreed to take me. When my sisters found out, they talked me and my mum out of doing it. They said, and I quote, that it’ll “ruin my life”. One said that nose piercings were trending and that I should see if I still wanted it when the trend faded. I was already wearing a fake ring, and they recommended I should continue wearing it instead.

There have been times like these that make me do things behind my sisters’ backs. I believe people create the trust you can have for them. If I hear my sisters talking badly about one thing I’m curious about, I’ll probably do it behind their back, maybe telling only one of them a few months later. It’s not ideal- I am close to them and it’s tempting to always confide in them. However, I wouldn’t really be living my best life if I always considered their reactions before I did something.

In short, I got my nose pierced two days ago. I wasn’t sure whether to breathe out of my nose while the chill Spanish man pierced it, or my mouth and risk him smelling my breath. I closed my eyes for most of it because I was facing a mirror and couldn’t bear watching something go through my flesh. It was a hot panging pain, I breathed heavily trying to stay calm as one eye welled up. Before I knew it, it was done. The tacky but delicate tiny white gemstone on my left nostril surrounded by red skin.

Overall, both of my sisters’ reactions were pretty calm. The sister that I live with found out when she came back home from her boyfriends’ family home over Christmas today. She merely pointed out to her boyfriend that I had very randomly got a piercing out of the blue. My other sister found out earlier this evening when we went for dinner at her house, and jokingly expressed her offence that I didn’t tell her I was doing it. Both of my sisters told me they liked it.

I’m quite dumbfounded by this all. I’m not entirely sure what to take away from it either. Maybe they recognise me to be a functioning adult now? Maybe they want to support my decisions? Maybe they just changed their mind on nose piercings?

When I explained to both of my sisters why I didn’t tell them, they just shrugged and looked like they genuinely didn’t remember stopping me from doing it two years ago. I trust in the timing in which things happen in life in general, but I’m not sure what I learned from this. Probably just that I overthink things.

Anyway, super happy about the piercing. I have to wait 6 weeks, clean it 3 times (I’ll only do twice) a day before I can change it to the ring I want. I’m so happy to finally have it after two years. Maybe I won’t feel the need to distrust my sisters’ reactions when telling them about my plans anymore. That being said, I’ve already decided to get grills (caps) when I finish SCA and get that agency shmoney. We’ll see if I feel like heeding their disappointment before doing so.