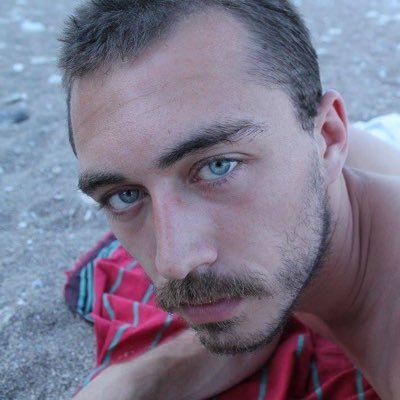 —-
A woman in captivity tries to escape using only the escape key on her keyboard. —

First line of the film ‘The problem with a tight family unit is, if one thing goes, the whole thing could fall apart.’

A woman at the Oscars collects the award for best supporting actress in a story about her life.

First line of film, to camera, breaking fourth wall – ‘You look the fucking same as the last guy’.

A young couple take a photo of themselves in a building site and their friends mistake the rubble for the Grand Canyon. They open a shop of instagrammable moments. For a small fee you can go and collect a week of uploads. Just in case you’re unwell, or not in the mood to live a life other people would be interested in. Light-centric art installations, large-leafed plants, cheap Blumenthal breakfasts.

Every time someone smashes a bottle on the street, a man collects it before anyone else can. By day he is a binman. By night, he uses the shards to build a mosaic of the British flag. ‘Broken Britain’.
—

‘The day the world changed’. A series of five intersecting stories in 1946, on the first day everyone on planet Earth saw what planet Earth looked like from space. First line ‘Isn’t it weird… how sometimes… even though really me and you have got nothing to do with each other… we’re both going the same way?’

‘Half happy’. How a pessimist became an optimist.

The employee of a German car company complains so much they convert his complaints into a renewable energy source.

A man squints so hard at a wine list his stupid fucking eyes pop out.

In the future we all wear headsets. Every time you see an arse-crack you get 50 points in the game of life. Builders begin to dominate contemporary politics.

Classroom. Kids try to swipe a textbook instead of turning the pages.

Someone starts inexplicably and obsessively collecting scarves. In the end, finds out they have throat cancer.

My name’s Darius. I am a very impressive man. I run I Love You (iloveyou.agency) and work in a team with Josh (twopintfeeling.com).