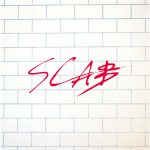 The phone was literally in my hand. I had the number of an old friend [Nick] typed out on my parent’s landline and was about to press call when at that second, I get a phone call from my Nan.

“Are you coming this afternoon?”

“You’re coming to meet your cousin.”

“They’re all away at the moment, no?”

“Not them. He’s your mum and Andrea’s [my aunt] cousin. First cousin actually.”

“Not his second cousin?”

“Either way, he’s come over to visit. He hasn’t been to London for over 20 years.”

“Yeah, well, Nan I don’t really know the guy. What’s his name? Where’d he come from?”

“You do know him! He was around when you were little. His name’s Svi [Israeli name].”

“Right, well, it sounds like something I wouldn’t really be a part of. It’s more for my mum and aunt, isn’t it?”

“You should come, we have lots of food from Kelmann’s [a butcher my Nan flirts with].”

After a long goodbye, I hang up the phone. SCAB. SCAB. Go and do a SCAB thing. I’m typing out the number for Nick when the phone rings. This time it’s my mum. She and my dad are away over the New Year.

“He’s my biological Dad’s [not clunky dialogue, she calls him that] nephew. When mum remarried after he died they kind of –”

“He came back to London once in the 40 years since. We caught up but it wasn’t anything big. I wish I could be there to see him again. You have to go. It’s a mitzvah [a good deed]. Nana will be so happy. She’ll want you there. She’ll put out food and make it really nice for you I bet.”

I can’t ignore my mum and Nana. After trying to convince my brother to come with me –

“Can’t. Going to the pub with some mates.”

I head off to my Nan’s little flat in Stanmore, North London. I didn’t bring anything and only realised when I got to the door. But then again, I was doing everyone a favour by being there and meeting this random guy, did I need to bring anything? Ugh. This is such a weird situation to be in. I’m let into the flat and I walk into my Nan, I say hi to her partner and I turn the corner into the living-room to meet ‘Svi’.

Not what I expected. Short guy. Bit stout and with a weathered face that looks like he’s been working in a field all his life. His wife is with him on the trip but stays quiet when I say hello, she doesn’t speak much English. I sit down and my Nana’s partner offers me prosecco. I look around and see everyone is drinking it. Are we celebrating? Who is this guy?

“So, Joseph,” Svi says. He says the name slowly. It was the same name as my biological grandfather so I’m sure it must be weird for him to be calling me it as well. “What do you do?”

I tell him about SCA and about how I’m trying to build a portfolio. He nods and goes: “Vera [my Nana], do you still cook a lot?”

Great. The first interaction with this guy goes right over his head. I mean, I know what we do at SCA is a bit difficult for people who haven’t experienced it to imagine. But come on. Bit of a low blow. I sink back into the couch and swivel the glass of prosecco. I really don’t want any of it. I try asking about what he does… did? He’s quite an old guy, in his mid 60s apparently.

Sorry what? This guy?

“Yeah, I studied it at Imperial.”

“Strand campus. I did English with Film.”

“Oh yeah, London Bridge is where Guy’s Hospital is.”

So, this guy was a London student! Okay, we’re getting somewhere. His face lights up a lot more when we’re talking about stuff he knows. Stuff from the past. He talks about my mum being little. He talks about me being little and says he was only passing through and isn’t surprised I don’t remember him. Apparently, he visited out of courtesy – relations in the family were still tense at that point.

But after we pass his student life there’s really not much for us to talk about. He keeps wanting to talk about the time before I was born. Way before I was born. Just about when my mum was born even. And on that note, my aunt and uncle walk in. My aunt greets him like an old friend and although I’m being a bit teenager-y in the corner, being forced to come here and all, it is quite sweet seeing that. They call each other pet names, ‘mutak’ and ‘sœur’, things I don’t understand but they seem like kids again.

They start talking about going to school. How weird the animals they kept in their houses were. Myself, my uncle and my Nana’s partner are pretty quiet by this point, watching in awe as they spin these yarns of stories about pranks and crazy neighbours. Svi takes Andrea’s hand:

He leans over to his backpack and brings out a small, see-through, plastic bag.

“It’s pictures of you when you were little. When Jacqueline [my mum] was born.”

They’re small, about the size of polaroids. There’s one of my aunt and her brother going to school. My aunt is shocked, she forgot how nerdy she used to look. She almost doesn’t let us see it she’s so embarrassed by it. She says how she used to love that skirt and wore it nearly every day. It was a chequered one which is funny because she’s wearing a chequered skirt that day. Another one shows my grandad, my Nana, my aunt and her brother all gathered around the bed where a tiny human’s head, arms and neck are sticking out from below a duvet. It’s my mum as soon as she were allowed out the hospital just after being born. It’s like a picture from an old Fairy ad, it’s just so damn wholesome. They’re all gathered around the baby like they’ve just discovered oil, their faces are shiny in the flash. They don’t know about the tragedy about to hit their family in only 4 years’ time.

Okay, okay. This technically isn’t one of the options in the brief for this holiday period SCAB but this moment was too good to not write about. He’s an old friend of the family. Not quite family anymore unfortunately. But there’s something about seeing people who are retirement age reminiscing about the past. At first, I found it uncomfortable when they were talking about things that I couldn’t connect to. My grandad, my uncle (who is no longer with us), Svi’s parents. But then I saw the pictures and I was transported there. It was really a testament to the power of images and memory and how they are so intertwined. I couldn’t count the amount of times ‘oh yeah and do you remember…?’ was said. They were laughing together and talking about family and friends as if they were back in that time. It’s inspired me to have a new year’s resolution which is to carry around a camera with me and take more pictures. I do take pictures on my phone now, but it reduces the value. One click it’s gone. With a camera, things are genuine, just like watching my aunt and second cousin(?) get along.

I’ll give Nick a call as well, the problem with that is every time we hang out we watch a film and get Nando’s. Not quite SCAB worthy material (well – maybe the Nando’s bit).