By Clarissa DaleAs always our idea appears at the last moment… It’s a frustrating curse that haunts us every PB and deadline. I have the last minute disease. I’m desperately trying to manage my time, but with very little success. With D&AD, We started off ambitious. Attempting to tackle two briefs. Unfortunately WWF was not for us and we struggled to come up with something we believed in. With my 1 on the negativity/pessimistic scale it was hard to let any ideas pass that I had faith in. To my partner’s distress I think I killed over 10 ideas.I loved the airbnb brief from the start, I thought it was the best out of a challenging selection. I thought we could have fun with this and do something that both of us would actually find fun. After a lot of killed ideas, puns, and one off executions, we actually ended up with an idea that I liked. But as much as I hate to think about it, I don’t think I did it justice, another week of crafting and pushing would have probably helped. It’s taking me a while to learn to manage my time properly, but one thing I do know is that I don’t want to feel that sense of regret again.As I was watching the other entries I felt pangs of creative jealousy and realised my competition. It was difficult to swallow and I left school that day feeling I hadn’t done myself justice and had perhaps gave up at the last hurdle with lack of belief. Particularly Stephan’s and Adam’s animation was something I couldn’t shake from my mind. It was so incredibly crafted with such attention to detail, the same with endangered soles and the airbnb bucket list, they all had one thing in common – and that was attention to detail.Alex Taylor was right when she said god is in the detail. It definitely is. In future, I plan to set deadlines a few days before the real one, just so I can give myself time to craft it and be picky with small details. There’s nothing worse than submitting something you’re not 100% pleased with.

A guide to the best… instant noodles. By @RobCHeimann 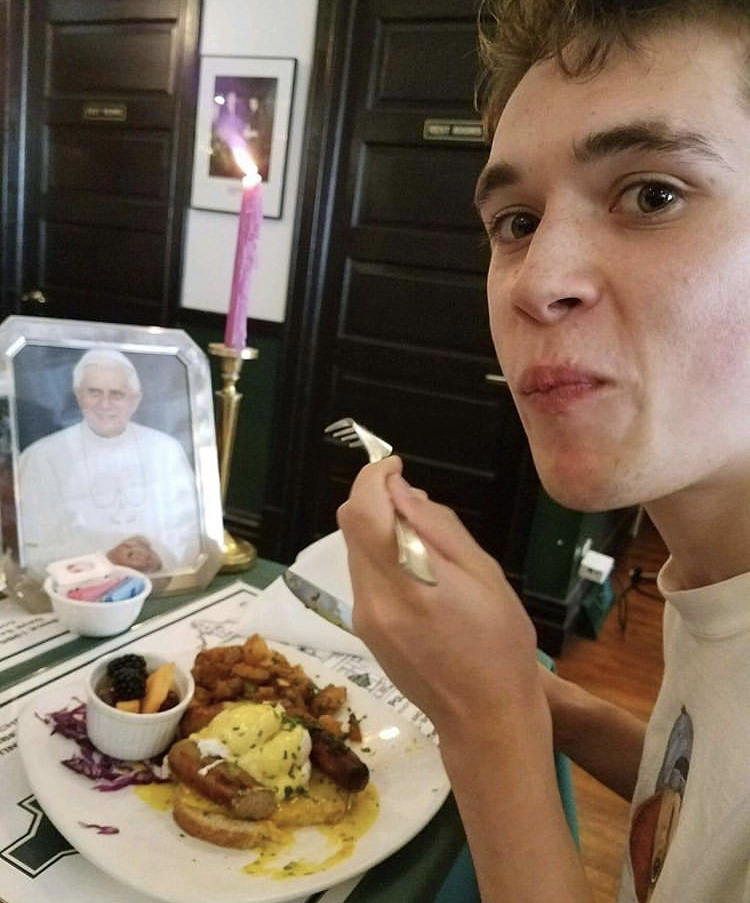