Zoella’s getting a waxwork in Madam Tussauds. Her boyfriend’s getting one too, whoever he is. I heard it on Kiss the other day when I was pretending to exercise in the gym.
They were debating whether it’s harder to get a waxwork or an MBE, which tells you everything you need to know about Kiss.
I wonder if it’s possible to get a waxwork for doing really good adverts. I assume not, not even if you make it into C.R.E.A.M.
Perhaps Saatchi was about to get a waxwork but then Scott’s happened.
If we assume it’s not possible, then we must accept that the curators at Mme. Tussauds value smiling at a camera and talking about makeup more than they value advertising.
Which is strange, because the majority of advertising is smiling at a camera and talking about makeup.
Arriving in a roundabout way at my point, I feel my generation has been cruelly passed over.
The first of the digital natives, most of us will be quickly superseded by the toddlers who have grown up hacking Minecraft on their smart-dummies.
I used to put touch-typing on my C.V. Nowadays they teach coding and Mandarin in Nursery school. Nowadays you can only get a job if you have 4.5 million Youtube subscribers and a waxwork on the way.
It’s hopeless. I grew up playing Microsoft Soccer on Windows 95. All that taught me was how to recognise the flags of countries that no longer exist.
It’s as Trott says: if you don’t get what you want immediately with no effort, make excuses.
I paraphrase, but the sentiment’s there. 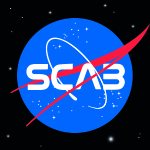 Museum of Childhood with Philly and Petra – By @_sarahalliday