There’s a perverse side to most things and even something as good as gratitude doesn’t escape it. Take the mafia. There’s that famous scene in The Godfather when Marlon Brando while stroking a cat, is asked by a distressed father to kill a man for money. Don Corleone doesn’t react as one might think a mafia boss would, and take the money. He is annoyed and genuinely hurt that the father, who had never before even invited him for coffee, now asks him to kill a man for money and “on the day of my daughter’s wedding”. He wants more. He wants gratitude to pre-lead what the father says. Without it he feels disrespected. Characters in mafia films are always getting ‘wacked’ for this. It’s how the great families grew their power in Sicily: by offering protection for money and most importantly respect. For them, money alone has never been a proper form of gratitude.

Which shows the power of it right? It’s one of the reasons why many, including Marc claim it to be a useful trick to deploy when trying (as always, even in the case of mafia bosses) to ascertain happiness. In an SCA context it means getting into a child state of mind is a hell of a lot easier, which for me at least has led to my better ideas.

Its vital for creative partnerships too. I’ve realised that more fully now. Both can’t afford one or both to feel like they aren’t contributing. If they do you’ll both spiral into one of the three stages a creative often finds themselves in; flying, gliding or diving. Care to hazard a guess which?

Yet I now feel all this angst to be so unnecessary. Arriving at ideas from a proposition you’ve both agreed on, plus the brilliant and bizarre conversations you have about the brief mean that whatever you eventually stick with can never be fully claimed as yours or theirs, more importantly you should never feel that way. The ideas origins will always be shared. Rather like how people often define an idea, a bridging of two things somehow.

If not, it can feel like your two tectonic plates, one is grinding away at the other. The other problem is it’s also quite a cynical reason to give gratitude. Like its some self-serving device.

I think I had it in what you might call its purest form. When the person that gave it doesn’t even realise its full extent.

Classically I receive some fairly bitter news right before a family lunch where family friends were also nestled around the table. Being immobilised by it I was pretty vacant throughout the whole thing. It was only my brother who reacted to it. But not in a big way and that’s exactly the thing I’m grateful for, he simply asked if I was ok, fine I replied and that was the end of it.

The point is, showing gratitude shouldn’t need to be stretched or expanded. The other person should just be able to tell you feel it if they know you well enough. 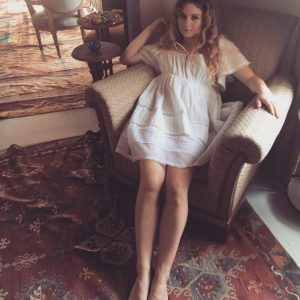