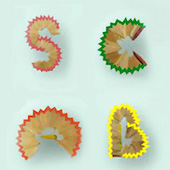 Adeline: What is the meaning of life?

Helena: While he sat in his hot tub

Jem: with a rusty spork.

Phil: Dripping down his turtle beard

Poppy: were some baked beans from lunch.

Zoe: but the beans are so smooth they remind me of

Henry: What a taste that was.

Nick: From the Skunk’s junk.

Jonothan: Turtle remembered his back, crack and sack waxing and

Holly: thought how it was the best day of his life

Darius: thought how it was the worst day of his life

But also felt so good

Pietro: and he finally unlocked his superpower:

Steve: ‘Theewt theewt!’ a giant laser came from the sky and completely vaporized the hot tub.

Josh: cuz he had that smooth crack, lil turt slipped out just in time

Martin: of the first chapter.

James: Next Chapter – The Turtles World Domination. To be continued…

Melina: The rabbits are defeated. Now, what about people?

Susan: People will swim against the current.

Petra: Unlike the turtles, they ride it.

Rita: and the turtle went on to live a happy life as an ashtray

Dan: This was all an allegory for socialism

Gary: Which leads us to the real question; why is there a meaning to life?

Helena: There isn’t. We’re all sims.

Jonothan: in a Samsung Galaxy 2.

Meg: Stay tuned for the sequel.

Rachel: Which will never be making an appearance after this poop show of a story.

Our Last Interview Day – By @ohunterjenkins