How Not to Win Friends and Influence People – By @AndrewBurrell87 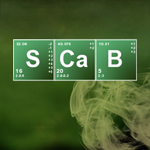 How Not to Win Friends and Influence People

There’s an ex-county player at my badminton club who runs rings around me. The guy can read the game with apparent omniscience and the disguise he puts on his shots tends to leave me stood rooted to the ground with a gawping expression on my face.

He’ll have you running around like a headless chicken until you’re forced to lift the shuttle right in front of the net and then bang! He will bring it down right around your ankles at 100mph, like a sharp shooter in a Western firing bullets around the feet of the town drunk to make him dance.

On the frustratingly rare occasions I manage to wrong-foot him and win a point it’s like that same glowing feeling you get when you answer a question right on University Challenge.

When you play against him you know you’re going to lose. You make your peace with that and you just try not to embarrass yourself.

It’s when you play with him that the trouble arises.

This guy gets in your head.

I’ve just come off court with him having lost due to a series of my fuck-ups. And don’t I know that I’ve fucked up. Every mistake is analysed, criticised and drilled in. He’s in my ear telling me “that was easy” and counting the number of serves I’ve delivered into the net. “4.” “5.” “6.” The numbers ring in my head like an irritating tune that I can’t stop whistling, slowly but surely winding me up.

Towards the end I won a shot I’d cocked up a couple of times. It was lucky. I didn’t do anything distinguishably different. I hadn’t ‘had a word with myself’.

“See what happens when you relax?” he says. Somehow he doesn’t seem to draw a link between his lambasting and my tension. Is this how champions are bred? I get the knock ‘em down to build ‘em up mentality but this guy needs to do some serious work on his coaching skills because his young protege is dying out there.

To make matters worse he will regularly ignore his own advice and bulldoze me out of the way to take shots that are clearly not his to take. I haven’t worked out yet if this is a vote of no confidence in my ability to win the point, or just a need to be the hero. Either way, I step aside because I’m pretty sure I’d get a barrage of abuse for getting in the way if I didn’t.

I’m painting myself to be a total amateur here. I’m not. I’m not brilliant but I am not six serves into the net shit. This guy makes me shit. His feedback isn’t constructive criticism. It’s just pressure bordering on bullying from a guy who is infinitely better than everyone else at the club and he knows it. And yet instead of using his ability to teach, to raise the game of those around him, he enjoys the superiority that winning gives him. Who knows, maybe that’s a tried and tested method for him. Maybe his kids are winners, destined for gold medals and world records but also some serious self-loathing.

I’m all for being pushed but there’s a not-so-subtle difference between a guiding arm around the shoulder and a shove in the back.

The Importance of a Space – By @FlaviaVentura2

Great British Ad Off – By @KennyTNL