I broke an egg on my nose. @Jonothankh 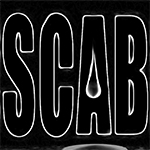 Last night, I looked in the mirror and noticed that my skin looked rubbish. So like any millennial, I went into Private Browsing mode and asked Google for a solution.

I clicked the site which sounded most doctor like to me and I was presented with a bunch of home-remedies.

Long and short of the situation is that half an hour later I was sitting on my bed with a swab of tissue soaked in egg-white perched on my nose.

I think we can all agree that was a bad idea.

Of course, it didn’t work.

But there’s something valuable in this lesson.

I would leave it there, but most would be confused and I haven’t hit the word-count yet.

Edward de Bono came up with the ‘six thinking hats’. They focus on six angles that you can approach a problem/brief/decision with, instead of trying to do everything at the same time.

Here are the fundamentals:

I think that the hats aren’t perfect, but they certainly give a direction and purpose to a meeting or discussion.

I’ve always done a similar thing but not defined as hats. More sort of What works? What doesn’t work? Is it useful? How can it improve?

When I went online last night, my optimistic hat was so yellow that it was getting acidic, and so I ended up making an unbalanced decision.

So I think the value of the hats is that they remind you to consider everything, however, I think that we must be sure that we don’t shut-down a good discussion because it’s under the wrong hat.

I like to think that I can tell a bit about them from how they behave.

Naturally, when I started SCA, I tried to understand Marc.

He knows that he knows enough to make a good book. Many in-fact. But he’s going above just knowing things– I think a big talent of his is conveying those things well. I think he has personas he interacts through and I think he’s very deliberate with them. He might hold nuclear codes. And no-one would know. But I’ve already got the postcode of his friend down the road. He seems very deliberate.

When someone comes up with a great idea, often it’s hard to know if it’s bonkers or brilliant.

When you meet someone particularly intelligent, sometimes it’s the same.

But whatever it is that he is, he’s certainly quick and experienced. I really love honestly. Someone who tells you exactly what they think. And he’s great with a black hat. His green hat is fabulous too.

Today Marc demonstrated his green hat skills to create ideas for a brief he set my group. It was to innovate the ready-meal. My group’s suggestion revolved around breaking the rules of the category. We ended up with ‘NO B.S BENTO’, a larger, transparent box which contained a nutritious balanced meal and instead of traditional falsified labels covering cheap unhealthy food. I think Marc found this about as exciting as an earbud.

And so he came up with multiple multipacks which sit in your freezer and allow you to take what you need, depending on what you feel and how many people you are feeding. My reaction to this was that it was no longer a ReadyMeal. ReadyMeals are for people who want to grab something last minute to make lunch or dinner. Right?

Maybe, but why do they have to be? You could grab one before you went out the house– or as you come in! I literally didn’t think beyond the box.

This makes the world so much more exciting. Suddenly, sliced bread could become old hat. Even though you are wearing a very new one.

Remember, yours truly is on every good Social media platform as Jonothankh.

A Camping Trip – By @danieljburkitt