One of our reflections this year was to pick a bad habit and change it. My bad habit was that I can be a bit of a hoarder, I don’t like throwing things away, from broken pots, throwaway flyers, old trinkets, souvenirs, broken screens, receipts, all sorts.

While trying to clear everything out from the back of every closet in the house, I found that another hoarding item I had stashed were old lists and diaries. This was a couple of weeks ago and I remembered looking at all the paper and scribbles thinking that none of these makes sense and was confused about where they had come from and why I had decided to keep them for so long.

I’m in Norfolk at the moment, with my family for the holidays. I’ve realised that my hoarding of lists is partly a family thing. Every year a guaranteed Christmas present will be a notebook or diary — acting as an incentive to be organised for the New Year.

This year’s planner involved pages of circular clock infographics that you colour into chunk time. The idea is to then scan your planned drawing onto an app which then digitalises it as well. Tonight, we spent close to an hour trying to make this thing work…not much luck but a clever idea.

But after our failed attempts and watching youtube videos, we all decided the whole process of just wanting to write out our ideas and plan had become a complicated chore, and that we all preferred the tangible approach of just putting pen to paper.

I have begun looking into the making of lists and scribbles and I think this is a particular hoarding habit I’d like to keep.

I found a blog about lists a while ago by a writer called Jigna Umeri, she describes the activity of lists as very individualistic. She talks about the urgency when making a list, where no design is considered but only hurried scribbles to get thoughts into a visible form.

Something else she talked about was how people perceive the lists of others.

“When a list finds itself in the hands of someone other than its author, different aspects of it might be scrutinised. The graphologist looks at the space between the lines and the curves or flicks of the letters…The artist dreams up the story that precedes the list and what might follow. The curious looks around to find its owner. And others disregard it.”

It’s fascinating looking at the old notes made by famous artists, musician and writers, which may be scribbles to them but become stories and insights to us.

It reminded me of an artist I love called Peter Liversidge. Liversidge’s method of creating involves writing out his ideas simply, a couple of lines typed on pieces paper. He then exhibits these simple proposals to the public. He says the reason he chooses to share his collection of ideas is because each message is vague enough to allow the reader to curate their own show, and allows them to interact with each proposal on their own terms.

These proposals range from mundane to ridiculous. In my first year of uni, I went to the creation of one of his proposals, which was to make it snow in Whitechapel High Street and give out free vodka, and that was exactly what happened.

I remembered that after we’d seen this we got into the habit of writing out 15 ideas off the top of our head every day. It didn’t take long and they were often ideas that made no sense but I remember that just scribbling proposals at the start of every day often got us out of the morning rut. These types of lists are kind of the hoarding I think I would like the try and take into the New Year. 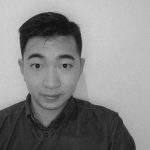