Mum finds husband in her sandwich – By @saphire_rose 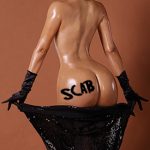 Mum finds husband in her sandwich

Halfterm. Wow. So culture. Such art. Much concept. Many sleep.

The only thing pulling me through is how close we are to the end. And then I freak out again because, yes that’s right, it’s nearly the end and none of us feel fully potty trained. Gross. But true. Everyone is still constantly shitting themselves. And it’s rough to watch. And endure.

You’d think 10 days off would be enough to feel brand spanking new. Revitalised. An Evian baby. When in fact all I’ve done is basically bash my head against museum and art gallery walls. And walked around in circles in nothing but my pants, cross eyed in the darkness of my living room. Sweating. Working nonstop and still nothing to show for it. Monday is going to be minging mate. Banish me from thy church I say and get your exorcism sticks ready. Whatever they are.

I can just imagine Marc swirling round like the freak that he is on his swivel chair. A red-eyed, fluffy white cat purring on his knee. His head rolling back in a cacophony of evil laughter when all of a sudden his eyeball falls to the floor and bursts into flames. He stamps his foot in a rage and squashes a little ant.

And guess what. That little ant is me.

That little ant is all of us.

Dear lord, hear my prayer. I yearn to be free! Free from grapples of the desolate SCA pit. Free from the shackles of mind-numbingly delicious carbohydrates. Free from my own goddamn sickening mind.

Actually do you know what I miss the most? Seeing Queen Lizzie pop her head out the cash machine. I’m genuinely broke AF. Honestly… If any future SCA’ers are reading this make sure you have some dollar dollar bills stacked up somewhere or go and pawn off your nan’s jewellery because, quite frankly, having to live off rice for months is seriously taking its toll. Southward.

However, my friends and foes, not long now. Not long until the gates of hell close behind us and the stairlift to somewhere greater catapults us into unknown pastures.

Not long until I have to say goodbye to the worst, but truly greatest, year of my life.

Not long until these fruitful experiences become nothing but distant blurry memories.

Not long until we all die and forget about it all.

So until then, let us revel in all its glory and basque, proudly, in its stifling anxiety.

After all… Nothing lasts forever.

Ps. Title has nothing to do with this article.

*Exaggerated for dramatic effect. This is a lie.

CREATIVITY IS BORING, by @nunumrmas 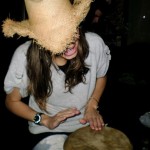 It’s Beginning to Look a Lot Like Coffee… By @ThatPinkSuit