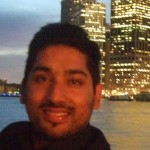 On Wednesday we had a fabulous Master Class with Patrick Collister on strategy. He was engaging and insightful with a wicked sense of humour. Patrick now works for Google as Head of Design. During our break, I approached him and we discussed some finer points of the lecture and then he moved onto the topic of Google’s ethos. The Co-Creator Sergey Brin, is working on some wonderful things by heading Google X, which is a semi-secret facility run by Google dedicated to making major technological advancements, for example Project Loon is a project that aims to bring internet access to everyone by creating an internet network of balloons flying through the stratosphere. Project Wing is another project which aims to rapidly deliver products across a city by using autonomous vehicles. It was then when, I thought Patrick started to view Google with rose-tinted glasses, when he mentioned Google’s driverless cars will reduce road traffic injuries. Plucking up the courage, I felt I had to challenge him about the ‘everything is rosy’ notion and mentioned surely it’s not all good. With a slightly startled look he asked why? I explained many jobs could potentially become obsolete. He mentioned this is inevitable when going forward with new technology. I went home and researched more into driverless cars, especially in an age of unprecedented technological advancement and reliance. I wanted to research more into the impact of driverless cars on employment.

The most intriguing explanation has been offered by two MIT academics, Erik Brynjolfsson and Andrew McAfee. In their views, they crudely stated that advances in computing of the kind embodied by the Google self-driving car represents the next wave of job-eliminating technology. Many skills that were deemed secure (such as driving) may be devalued and may eventually become worthless, at least in the job market. At the same time, driverless cars will dramatically effect employment around the world (source: John Naughton, The Observer and Futurist Speaker blog by Thomas Frey).

In an age of unprecedented technological advancement and reliance, how can we ensure those characteristics that make us human are not lost? In other words as technology advances more and more, it begins to control us which will inevitably make us lose control to technology. The art of communicating is slowly being lost to people living in a digital world. Do we control technology or does technology control us? With autonomous cars, it seems technology will be taking us for a ride but the big question is for how much longer?