Reflection?… Not sure ‘reflection’ would be the right word as one could argue this implies having the time to ponder… alas no such luck. My better half quizzed me the other day on why we’ve been asked by the Principle, who has set such rigorous but interesting tasks before the course has even began. I used an analogy of a pre-season football team ‘warming up’ before season starts. You need to get your mind and body in shape, the reflex ready and the thought process and juices flowing so when Marc Lewis blows that whistle on 8th September, it’s ‘pedal to the metal’ (I couldn’t think of a football etymology).

Interestingly Marc emailed us recently encouraging new students to join Fantasy Premier League. The irony here is my cousins have also set-up a Fantasy Premier League and invited me to join them for the 2015/16 Football season.  Unfortunately I declined the invitation on the basis I will be far too busy with more pressing matters!

In the previous paragraph, I mentioned mind and body. By that I mean body fitness, which I must confess, I haven’t done for a while. What springs to mind is maybe we can organise a friendly football game amongst the new recruits. As a source of inspiration, the women’s football team in this year’s World Cup did marvellously well. I’m sure they can teach us blokes a thing or two!

Now there is a serious point in all of this because in deeper sense, I’m talking about bonding and building a rapport with new recruits, in order to form a common interest (it does not necessarily have to be about football). The people around you could be the modern day version of ‘Nine Old Men’. It’s about spirit of friendship and community in a new group, life long friendship and collaboration that will go on to create great pieces of work. This thought excites me but also makes me feel nervous in clinching that crucial skill of ‘networking’ to find an advertising partner.

Marc is to blame for this 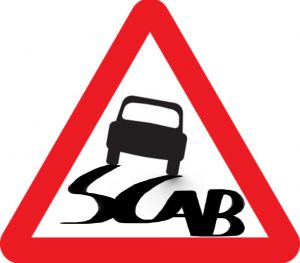 An afternoon at AMV By @petranandersson