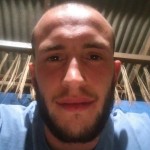 This week we, as a race, landed a drone (probe?) on a comet thousands of miles away and hurtling round at (about) 370 thousand miles an hour. That’s pretty f*ck*ng ridiculous. What’s more, this has been 15 years in the planning, 10 years since it launched. I can’t even wait 45 minutes for my pizza without getting irate, so to wait 10 years for the result is just beyond me.

Even more impressive is the method used to reach the comet. It involved multiple ‘gravity boosts’ from passing through the range of planets and moons. I watched a gif of this nutty flight path a few times today, and the calculations needed for this are, again, just beyond me.

So I was thinking about the Rosetta mission, trying to find some sort of lesson I could relate to SCA somehow, something I could write about here.

I thought about the amount of planning needed, the thought and direction that allowed for this quite frankly absurd mission to take place. Then I thought about how precise they had to be with their work, how the success was due to some outstanding mathematical concepts, finished to absolute accuracy.

Then I thought about the engineering that went into the probe (drone?) itself, how some people had spent years perfecting their craft to be able to make such a thing.

There’s a bunch of other stuff too, sure, but in the end I decided I didn’t learn sh*t from it, it’s was just an absolute baller thing to do, so I’d write about it anyway.