In my opinion, respect can be put in two different categories, respect towards others and respect towards yourself. I think in both categories respect is the most important thing, always having the best intentions towards others and keeping an open mind. However, when it comes to respecting yourself it’s a bit trickier because it involves self-esteem, it involves standing up for yourself and expressing your thoughts and in some contexts, it can be a hard thing to do. I’ll willingly admit that sometimes I don’t respect myself, in the sense that I don’t completely own up to my beliefs, but when I do that it’s actually because of a fear of disrespecting others. So how to break that? How to respect others whilst staying true to yourself when confronted with someone you disagree with or when you are faced with someone who is your senior and shows no respect for you whatsoever?

My answer to this is honesty, at all times. Always try to be as honest and transparent as possible, over communicate, make the most of any opportunity to express yourself and establish what you see as being respectful behavior and stick to it.

Since respect also has a lot to do with personal values, you might think someone is disrespecting you at some point but maybe they just have a different view on the matter and don’t realize that what they are suggesting is offending you. I’ve probably been in that position where I make a mistake or say something that I had no idea was disrespectful, we’re only human, we say stupid things sometimes simply out of ignorance. I’ve also actually been disrespected many times, sometimes it was quite obviously on purpose and sometimes I’m the one who misread what was said to me. So, again, honesty is the best remedy because it’s important to tell people “Hey, what you said just there wasn’t cool” or just ask them what they mean by that.

Actually, when I hear the word “respect”, lately, it reminds me of an old friend I had back in Switzerland who in my opinion completely disrespected me, disrespected our friendship (oh the drama) but maybe in her opinion it’s completely different, maybe SHE thinks I disrespected HER, and I need to be mindful in that. We need to remember that we’re only human and we’ve all got different ways of perceiving things (thank God otherwise wouldn’t it be boring?) and the only solution is to communicate, to talk and try as much as possible to avoid going in our little corner and get mad about stuff. How is anyone supposed to know that you felt disrespected at some point if you don’t tell them? Fact is, they don’t! They probably came out of the conversation all fine and dandy and thinking everything is fine whilst you’re on the other side planning your revenge, and that’s so silly, and I see it happen so often (especially between us post-teenage-kind-of-adults-but-not-really-yet-twenty- somethings) where people get into the biggest fights, just because one of them didn’t have the guts to say “Hey, that offended me.”

Of course, and I’ll end my SCAB with that, if someone purposefully says anything disrespectful to anyone, just to offend, shock or upset people, they deserve a punch in the face. End of story.

Apply your body parts – By @moolark 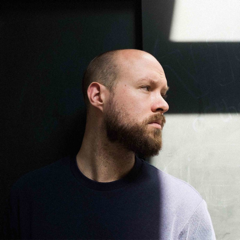 WHERE THE SCA MUGS ARE – By @victorialeed

You best become a Masochist by @DrewDavies94