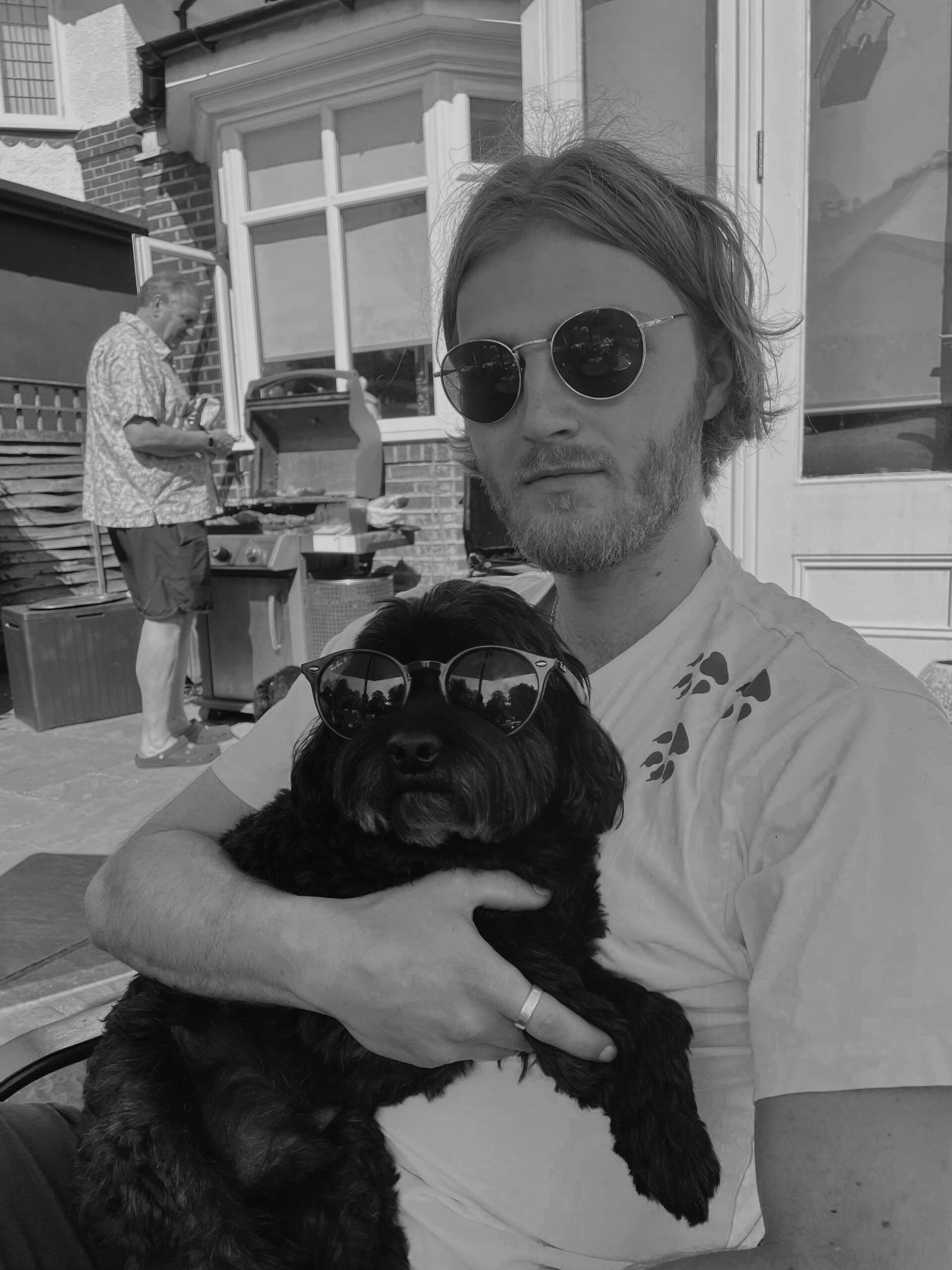 Name’s Frederik. But you can call me Susan. Or Hansel. Fred will suffice if you’re sober.

Here’s my journey to SCA.

Once upon a time during the first-lockdown, I had just gotten back from some travels and was working a crappy temp-job when round about then I thought I should try and sort my shit out. But then some bat canoodled with some other bat in a cage somewhere in someplace called Wuhan and then my ass, along with everybody else’s, got locked down.

Up until then I’d been drifting – like a message in a bottle hoping to make contact with somebody, somewhere, anywhere – watching my friends settle into early adulthood with their jobs and the last thing I felt confident I could actually get or want was a ‘proper’ job. So I thought I should actually apply to that school I’d heard about from that friend who worked in advertising who knew that person who’d gotten into that school and come out with that cool job that seemed like it could be fun.

I got in. And then turned it down. See, I wanted to write scripts and I felt stubbornly beholden to the notion that if I wanted to be a scriptwriter, I was not allowed to go to an advertising school. A lot has happened since then. Right as the third lockdown was just about making me feel like a big insecure turd my mother died. It was brutal. She had a history of health problems, but my God that woman had nine lives. It just happened to be her last one and none of us saw it coming.

It’s taken a dark turn, hasn’t it, but there’s light at the end of this post, I promise.

Only after losing somebody did I come to terms with my state of affairs in the sober manner I needed. I couldn’t A) stay at home any longer and B) wait for things to fall into place. I moved out of home and luckily found a room. Fast forward a month to October 2021 and I had made the decision to re-approach Marc with the intention of doing whatever it would take to get my place back. He was immediately empathetic and understanding.

I knew I always wanted to be at SCA. It called out to me and sang my name. It was the first time I felt I’d been validated for something I thought I might have a chance at being good at: creative an’ that. So thank you, Marc, for letting me knock twice on your door and thank you for opening it up in equal measure. For that, I am grateful.

Here’s to a year of lunacy and fun.

You can walk the same path many times and not see, by @13samuels