The first time I left home I was barely 18. I made a promise to myself and anyone who would listen: I’d be back. Not just on vacation, taking strolls on the beach or dropping by the bars. I’d be BACK back. Have a career, and raise my potential future children there. Living anywhere else wasn’t even an option. So I left, barely containing my excitement, daydreaming about foreign things like student dorms and the tube. I wasn’t sad to be leaving because I knew I’d be back.

A few months later London became ‘home’ and I decided to never leave. Going back to Lebanon for more than two weeks was painful in its dullness.

The second time I left home I thought it would only be for a month. But the internship in Beirut turned into a job opportunity and I was terrified of returning to London’s harsh job market. So I stayed. The first few months were difficult. I missed London all the time. I decided to do everything I could to go back, but there was no point being miserable in the meantime. I started seeing old friends, rebuilding friendships and making new connections. I learnt to appreciate the small things that make Lebanon so unique. And I got ready to leave again.

The third time I left home was two weeks ago. I knew I would never be back for good. So I took it all in, one last big time. I got nostalgic. I felt my heart swell up every time I thought about it. I still do.

That is the curse of human adaptability. We adapt to environments we are thrown in, physically, socially and emotionally. We do it so well that we forget how well we do it, and are petrified of major change.

Those of us with hearts in two places have to deal with always missing something, but this experience makes us so much richer.

My calendar says ‘One more sleep!!’

Tomorrow, I’ll be in Brixton, in a place that I’ll probably end up calling my home too. This time, I didn’t choose the easy way out. It will be neither the time nor the place to be nostalgic and scared. It will be a slap in the face. The deliciously reviving kind.

Questions and Facts – By @orla27marie 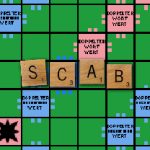 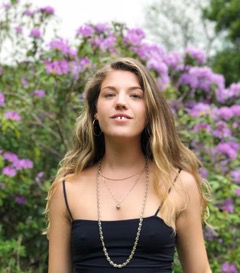