It’s Christmas Eve and we’re out with Mum and Dad for a long country walk around Kingsclere, Hampshire. I love this walk. Big, wide, open spaces. Expansive views once you make it up to the gallops. The icy wind slaps your cheeks until they’re prickled and pink. I’m just glad I’m wearing my hat – ear-ache from the cold air is the worst.

Jelly Babies are fuelling our expedition. There are quite a few people out walking. Families, dogs, old people, young people. A couple who look like they’re training for some kind of arctic quest with the big fat tyres they’re pulling behind them.

I’m surprised Molly hasn’t found and chased any pheasants yet. I’ve probably spoken too soon. Ah. Yep. There she goes. They’re so slow and stupid. Molly knows it. The mud is ‘weigh down the bottoms of your boots’ kind of thick. We’ve just hit a particularly squelchy bit. When it’s as bad as this I nearly always fall flat on my arse. Like it’s a tradition. A Kite is shrieking in the distance.

We’re nearing The Hannington TV mast so quite high up now. Mum starts talking about how the transmitter was hacked back in 1977 during the Southern TV’s evening news. The TV picture had wobbled, there’d been a deep buzz and then the audio was replaced by a distorted voice delivering a message for about six minutes. The voice identified himself as Vrillon – a representative of the Ashtar Galactic Command. Amazing. Someone hijacked the mast and made people think they were being spoken to by aliens. This brought us onto the topic of Spaghetti trees. You’re going to love this. I hope you don’t already know about it…

First, just for a bit of context, this is something that happened in 1957 when Italian food was still considered to be incredibly exotic by the British public. On the 1st April that year, an episode of BBC’s Panorama was televised in which Richard Dimbleby informed viewers about a bumper spaghetti harvest in southern Switzerland. That’s right, an April Fool’s Day hoax all about spaghetti growing on trees. Dimbleby spoke about how the success of the crop was due to an unusually mild winter and “the virtual disappearance of the spaghetti weevil.” It’s believed to be the first time the medium of television was used to stage an April Fool’s Day joke, all on a budget of £100.00.

Hundreds of watchers phoned the BBC wanting to know how they could grow their own spaghetti tree to which the BBC replied “Place a sprig of spaghetti in a tin of tomato sauce and hope for the best.” Ha!

I’ve found the script. Have a read and watch the broadcast using the link below…it’s just brilliant and super ‘sticky’!

“It is not only in Britain that spring, this year, has taken everyone by surprise. Here in the Ticino, on the borders of Switzerland and Italy, the slopes overlooking Lake Lugano have already burst into flower at least a fortnight earlier than usual.

But what, you may ask, has the early and welcome arrival of bees and blossom to do with food? Well, it is simply that the past winter, one of the mildest in living memory, has had its effect in other ways as well. Most important of all, it’s resulted in an exceptionally heavy spaghetti crop.

The last two weeks of March are an anxious time for the spaghetti farmer. There is always the chance of a late frost which, while not entirely ruining the crop, generally impairs the flavour and makes it difficult for him to obtain top prices in world markets. But now these dangers are over and the spaghetti harvest goes forward.

Spaghetti cultivation here in Switzerland is not, of course, carried out on anything like the tremendous scale of the Italian industry. Many of you, I am sure, will have seen pictures of the vast spaghetti plantations in the Po Valley. For the Swiss, however, it tends to be more of a family affair.

Another reason why this may be a bumper year lies in the virtual disappearance of the spaghetti weevil, the tiny creature whose depredations have caused much concern in the past.

After picking, the spaghetti is laid out to dry in the warm Alpine air. Many people are very puzzled by the fact that spaghetti is produced in such uniform lengths. This is the result of many years of patient endeavour by plant breeders who succeeded in producing the perfect spaghetti.

Now the harvest is marked by a traditional meal. Toasts to the new crop are drunk in these boccalinos, then the waiters enter bearing the ceremonial dish. This is, of course, spaghetti — picked early in the day, dried in the sun, and so brought fresh from garden to table at the very peak of condition. For those who love this dish, there is nothing like real home-grown spaghetti.”

So this got me thinking. What could we do today? Let’s dream up our own 2020 April Fool’s…

We are going to draw! @twylaliden

Today I am a Spitfire Pilot – By @MrBenGolding 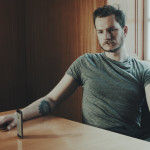