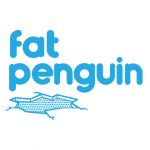 Sophie – Aside from the fact that everyone wore black the main thing I took away from the glamourous night put on by The Drum was – when a piece of work wins one award they often win a lot more. It really highlighted to me that when you strike gold with a concept you will reap the rewards from everywhere. On Tuesday night The Dream Award winner (and collectors of many more awards) was The Cogency who produced https://becausewearehere.co.uk/ Naomi – The Drum Dream Awards showed me that work that wins awards isn’t always the work that we know about. I had only seen one of the ads before – I expected the ads that everybody knows about to win. It’s nice to know it’s not just big budget ads, world renowned clients and agencies that win everything all the time.

Ludo – The ad industry is great because it never sleeps, it has an amazing work hard play hard mantra. It was great to experience the ‘play hard’ side of things when we went to The Drum Dream Awards this week. There’s clearly a lot of fun in this industry and I can’t wait for more.

Flavia – I thought it very interesting how the same campaigns would often win repeatedly in different categories. Shows that if a campaign is well done, it works on so many platforms and levels, it also shows how hard work pays off.

Lauren – It was great to dress up and socialise outside of the studio with fellow SCA-ers and industry professionals. There was a real energy about the place, and it was nice to see people so proud of what they had achieved, with everyone cheering in support. Interestingly, the same campaigns often won several awards, which just goes to show that a great idea can work across a multiplicity of platforms. Until next time!

Anam – In our first few weeks we visited many agencies to see how they work and what kind of cultures they have within the office. The Drum Dream Awards was a great way to see how people in the ad industry party and celebrate great work that is made. I found it very interesting to see that there were basically 4 or 5 campaigns in total that were nominated for almost every category. It was quite repetitive. In all, it was a great night and I definitely had a ton of fun. Can’t wait to attend another!

Daisy – We got very excited about a selfie competition that The Drum were running – tweet them and include their hashtag and they streamed all the tweets and selfies live on a screen. Appealing to both selfie love and our competitive side, it was an impressive way to get the event some social media attention and get it talked about and liked. That was one of my big take-aways from the night. Be inventive and get your guests photographing themselves at your event and tagging you.

Beth – Work hard and play hard. That’s what the ad industry showed me at the drum awards. If you work hard it pays off – as we saw that most of the awards went to the same agency’s.
It was also such a great opportunity to get dressed up and gain insight into the industry that we are entering.

Robyn – Our first port of call at the The Drum Dream Awards ‘do was the small, but definitely not insignificant, table plan. Some may say, “losers!”. I say “winners”. Before we go any further, please note we were not there to win awards – I give it a year – but there was nothing to say we couldn’t win at networking. We pored over the chart, scouring the list for names we knew and loved. A fair few jumped out, (adam&eveddb, I see you), but others we’d never heard of. For the first hour, everybody stood in a room eyeing each other up, with only the braver individuals making the leap to the other side to swap names and numbers. When the ceremony swung round, it was the agencies and individuals I was unfamiliar with who were summoned to the stage. Lesson? Don’t be swayed by a big name on a door, (or seating chart). Admire and celebrate the individuals behind another, perhaps less famous one. Needless to say, we got no names or numbers, just red wine teeth.
Jacob – The Drum Dream Awards were definitely an unexpected treat for inviting a few friends to a facebook group, but it just goes to show what can happen if you do that little bit of extra work. For the first couple of hours, I was pretty blown away by the amount of glitz and glamour that was present at an awards ceremony that’s essentially giving gratification to people who were making stuff that most of the general public hate. I’m not sure how I feel about awards in advertising, I know they’re needed and I know i’m going to win a ton of them in the future, but it felt a bit like everyone was giving themselves a big pat of the back. Most people didn’t really care, they didn’t even show the work. I still showed the industry my dance moves and indulged in free cheesecake and white wine so who am I to judge.

What is wrong with placebos? – By @elisaczerwenka

Always interrogate your product  – By @McfadzeanSusan