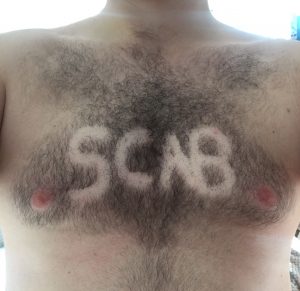 I feel like I only wrote a scab yesterday. When in fact it was the last term.

The past term has been a whirlwind. I thought I would hate London when the prospect arose about moving here, but actually, I’m kinda surprised at how much I love it. Which surely shows what an optimistic person I am, always dwelling on the negative, rarely engaging with the positive.

London’s been pretty cool. Full of strange and wonderful people. I hear domestic arguments sprawling down the bus every day. For instance yesterday, a woman was screaming down her phone so loud regarding the custody of her child I thought she was going to eat it. Followed then, by getting off the bus and walking around a man knelt down to his son reassuring him to love the maths class the boy was crying so much about, else he won’t become a successful lawyer, perhaps the occupation of the suited and booted father. My observation of this scenario – people are fucking different. I’ve learned that. And fundamentally I feel creatively separates them.

This week we got a new brief set by Steve Henry to highlight the importance of creativity. As a creative, this is a mindset we inhibit, perhaps we’re born with it, or learn it in our nature. But for some reason, the simple acceptance gene of this fact isn’t passed on throughout the human race. So when it came round to highlighting this in a poster form, I found it nearly impossible to comprehend. I constantly remember the day I walked past that man telling his child to persist through the maths class he was crying about. Perhaps his father feared he would end up a creative which would, of course, cause an uproar in the family.

People don’t realize what the fuck this world would be like without people like us. I’m practically slam typing on my keyboard when I write this at the pure anger and resentment I have for people who think like this. That man practically told his child to love something he hated else he won’t ever make money. RIDICULOUS. If only the man new that the creative industry brings in almost £10m an hour to the British economy.

Drayton Bird. Now he’s a creative man. Do you think the gentlemen has ever at the honour of meeting him? Maybe he should come to SCA and sit in on one of his talks. Perhaps then he would tell his son different. ‘Kid it’s okay if you hate maths, there’s other stuff out there for you’. I know I’m jumping to conclusions. Massively. Who knows what the man’s occupation actually is, and how he would actually comfort his son at home, or how often this crying reoccurs. However, I do know thoughts like this exist in people. And quite frankly that makes me scared for our future.

Reflecting upon my last month has been an up and down whirlwind. I’ve learned a lot, not only about advertising but about my self. On Monday I walked up the stairs practically singing to my self that this term was going to be different. Today I move into a new room. This would be the week I grow some balls and ask for help, ask for advice, and share my ideas with tutors. And so far, I have. I found last month hard. Advertising was a new world and I was pretty scared of putting a foot wrong; ‘what happens if I sound stupid’, I constantly reiterated in my head. My university friends were getting jobs, solo creative advertising jobs they just happened to fall into, and I was getting jealous. I’m still jealous now, but I think that’s healthy. It only makes me determined to be better. Be a better creative, better than them, and better than anyone working in any industry out there. I

never want to settle to be okay, I’ve always wanted to be the best no matter how quiet and humble I may seem to be.

I woke up to many more broken and cracked bricks lining the flower beds. @susanmcfadzean