The Jews in Quarantine – By @sammcollinss 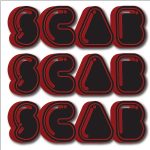 The Jews in Quarantine

I’d lived in North London all my life.

It’s a lovely, leafy place and I couldn’t have asked for somewhere more pleasant to spend my childhood.

But for all its quiet suburbs and quaint high streets, North London is very uncool.

There aren’t any clubs or galleries or museums to write home about, and aside from the RAF museum (which is potentially the greatest place on earth), when compared with the rest of London, it’s a bit of a library.

But it’s where my family chose to reside having escaped the Nazis on the last boat out of Amsterdam – so I’m really fucking grateful for it.

At school, all the cool kids came from South London. And all the Jews came from North London. That’s not to say you can’t be cool and Jewish – Rick Rubin, Lil Dicky, Jerry Seinfeld – all cool Jews. It’s just less likely you’ll be cool if you’re Jewish.

Why? An upbringing in a close community, optional dietary restrictions, never being allowed out on a Friday, being called names like ‘bubala’ or ‘tatala’ – none of these things naturally instil the grit and edginess that most cool people have inherent in their personalities.

I live in an area full of Jews. Aware of the fact that previous sentence could have been lifted from The Sun in the late 30s, I should caveat that by saying this is neither a good, nor a bad thing.

What it does mean though, with everyone at home and the weather being so nice, I’ve been given a rare insight into different types of Jewish families – no matter what sort of Jewish family they are – they’re all very loud. During quarantine, I’ve relished being a Jew in North London again.

And here are a few stereotypes of Jewish families I’ve observed having taken a keen, if a little nosy, interest in my neighbours.

The first is the bait up religion-heads. The ultra-orthodox Jewish community have always confused me. I used to go on Jewish Summer Camp when I was younger where they tried to hypnotise me into thinking the world was made in 7 days. Even as an 8 year old I was like, come on bros, no one’s buying that. Anyway, the religious lot are very insular. They love to drink. And they treat women like shit. They often have hundreds of children and I’m still not completely confident the parents always remember their names. They’d rather their daughters married a house plant than a non-Jew.

The next is the faux-religious family. They know a small amount of Hebrew and judge other people for not being religious enough. They go to synagogue to network rather than pray and only give to charities if they’re supporting Jewish people – and their name will be published in some sort of corporate brochure. The parents hate each other and are waiting till the kids move out so they can get a divorce. One of the kids will be at a red brick university doing too much ket and will end up marrying an Asian woman just to get back at their parents.

Finally, my favourite – the Jew-ish family. They love the cultural aspects of Judaism – they drink chicken soup, regularly bury themselves in houmous, and schlep nachas like it’s going out of fashion. They don’t cook pork at home but if someone’s bought an artisanal sausage roll round, they’re turning a blind eye.

Stay tuned for updates of Robert and Susan’s pending divorce.