The Legend of Purple Aki

Liverpool is a haunted city.

The transatlantic slave trade, mass graves of Irish settlers, the blitz, freak accidents and gang shootings reverberate through the city. Deep, complex scars carved on to a plucky working class demeanour create the perfect conditions for myth to metastasize.

And rife they are.
From Spring­Heeled Jack to the vengeful spirit of William McKenzie, the city is submerged in

macabre folklore. Some artful chiselers make a living out of it.
One such story is relatively recent and widely promulgated throughout the North West.

It’s as dark as it is bizarre. As sad as it is funny. It’s as terrifying as it is racist (which is somewhat).

It’s the legend of Akinwale Oluwafolajimi Oluwatope Arobieke.
Known locally as Purple Aki. So named for the very dark complexion of his skin. Unusual for

a Liverpool bogeyman in that he is 100% real.

A grim specter to some, an ironic local legend to others. Like the Spitman of the North, only said to be more violent, he remains the subject of ‘sightings’ and media manhunts. A BBC3 documentary painted him as a murderous sexually motivated criminal and those who encounter him comment on how massive and inclined he is to spontaneous fits of rage.

Its striking how heavy the law has come down on Akinwale Oluwafolajimi Oluwatope Arobieke.

Between 1988 and 2003 he has been charged five times and spent a culmination of years in prison. Though anecdotes swirl about the areas he was said to operate, they tend to amount to him (in albeit varying levels of sincerity) approaching muscular young men and asking to feel and sometimes measure their muscles.

Spooky stuff. Get Blumhouse on the phone.
Though by day my job is to dramatise the mundane, here I’m going to try peel back the veil. What’s the purple demon guilty of?
1986: Manslaughter.

In the tragicomedy that is Purple Aki, the inciting incident appears to be his manslaughter conviction.

The tales I heard growing up range from plucking a child off the street and swallowing him whole, to violently throwing somebody in front of a train.

The accepted narrative is:

One night Aki loomed out of the darkness, unmistakably purple and massive, to a muscular 16 year old from Birkenhead. He lead with a catchphrase which continues to send shivers down the spines of burly scouse teenagers: ‘can I feel your muscles?’

So afraid was the lad that he ran away and, in a presumed state of fear­induced delirium, ran on to the rails of New Brighton Railway station where he was electrocuted.

From then on, he was in and out of prison on various counts of being scary.

In 2006 he received a Sexual Offences Prevention Order despite never being convicted of a sexual offense. He was probably the first person in the UK to be banned from ‘touching, feeling or measuring muscles and asking people to do squat exercises in public.’ Though the ban was overturned for being weird, the police successfully appealed for it to be reinstated. Unfortunately for Aki, the pressure to not ask muscled teenagers if he could touch them proved too much and he broke his SOPO in 2008 landing him in prison for two years. The jury was horrified as DC Andrew Rowlings told the court: “Arobieke became sexually aroused while forcing terrified young men to perform “inverted piggybacks” — ordering them to squat so he could lean over their backs with his face by their buttocks and his genitalia on their necks, while squeezing their quad muscles”. The judge described Aki as a ‘sexual predator’ and a ‘stalker’ and continued to be in an out of prison for touching the muscles of young men. He was regularly accused and made many court appearances. Constantly being baited by undercover police officers and spending years in prison, awaiting charges which were dropped or from which he was acquitted.

What do we stand to learn?

Criminal or not, Most would agree Purple Aki is really weird. He’s forced the powers that be to reevaluate the legal area of muscle touching and it turns out to be a pretty serious crime in the UK. Especially if you’re a black giant.

Sometimes there’s a person so odd, so broken and strange that we would prefer to stare at them through a small glass window, scratching our chins and wondering what to do with them.

Let me know if you want to chat about Purple Aki. I know where to find him.

“So, what are you up to at the minute?” By @_SamBeaumont 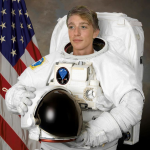 This is me when I am angry. By @SCA2Dean