Thinking outside the Tennis box – By @CameronTurnerL1 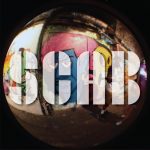 Thinking outside the Tennis box

This is a scab about my very brief experience with graffiti and I’m also going to snitch on Edzai. Also I am very bad at punctuation, so please read this in a relaxed conversational tone.

When I was 13, I did not understand that spray painting on private property was illegal.

In fact, me and my friend from the neighbourhood were so naive that we started spray painting next to a bully van full of police officers.

The police officers approached us, and my friends’ initial reaction was to put his hands in the air.

Too my oblivious credit I stated cordially to the officer that we were creating art for all of the residents in Mile-end to see.

This threw the officer off and he said I’m going to have to check this out. Meanwhile the actual criminal the officers were looking for ran past and the bully van took off.

Not knowing that what we had done was wrong we stayed there for another hour finishing our piece. Whilst doing this the owner of the property who was a mechanic came around the other side and asked what we were doing. We both replied with were making art for Mile-end and he nodded and walked off. Anyway, some of my friends are graffiti artists and I’m going to make a film on the subject.

There are certain aspects of Graffiti such as tagging that I don’t understand the purpose off. Tagging is the practice of writing your graffiti name everywhere. See example below.

So, I am going to try and find out the purpose behind this phenomenon that are scattered across shop fronts everywhere in London.

On another note Edzai is going to write a scab tomorrow and his idea is to do with the top floor and it may also include references to the Sistine Chapel. I thought this was a good idea so I’m going to give whoever is reading a heads up. I want you to read Edzai`s scab expecting the best and nothing less.

But if it does have a reference to the Sistine chapel, just know that it was I Cameron Max Turner-Lowe who came up with the idea and thus the credit should be mine. Some may view this scab and immediately think “wow that was in bad taste’…..I would reply Yes it was, art is a competition, and this is war.

And to refer back to my story about the graffiti and link it in. I don’t understand the rules of advertising as some of my piers do, but perhaps that is an advantage. Marc used the example of hitting a tennis ball write out of the goal line If you do this the umpire will think it was in, but the competition won’t go for it as they’ll know it was going out.

Well that was a great story but what if you hit a tennis ball directly at the competitions head.

Now think about this before judging, if you have played tennis you may know that when the ball is coming at you directly.

You either dodge it and loose or you hit it back very awkwardly to the opposition.

You can then smash the the tennis ball and win. ……….. I know, Two steps ahead.

Just kidding…ish, good luck to everyone with their scabs.

30 minutes to save your life – By @LaskarisPhillip