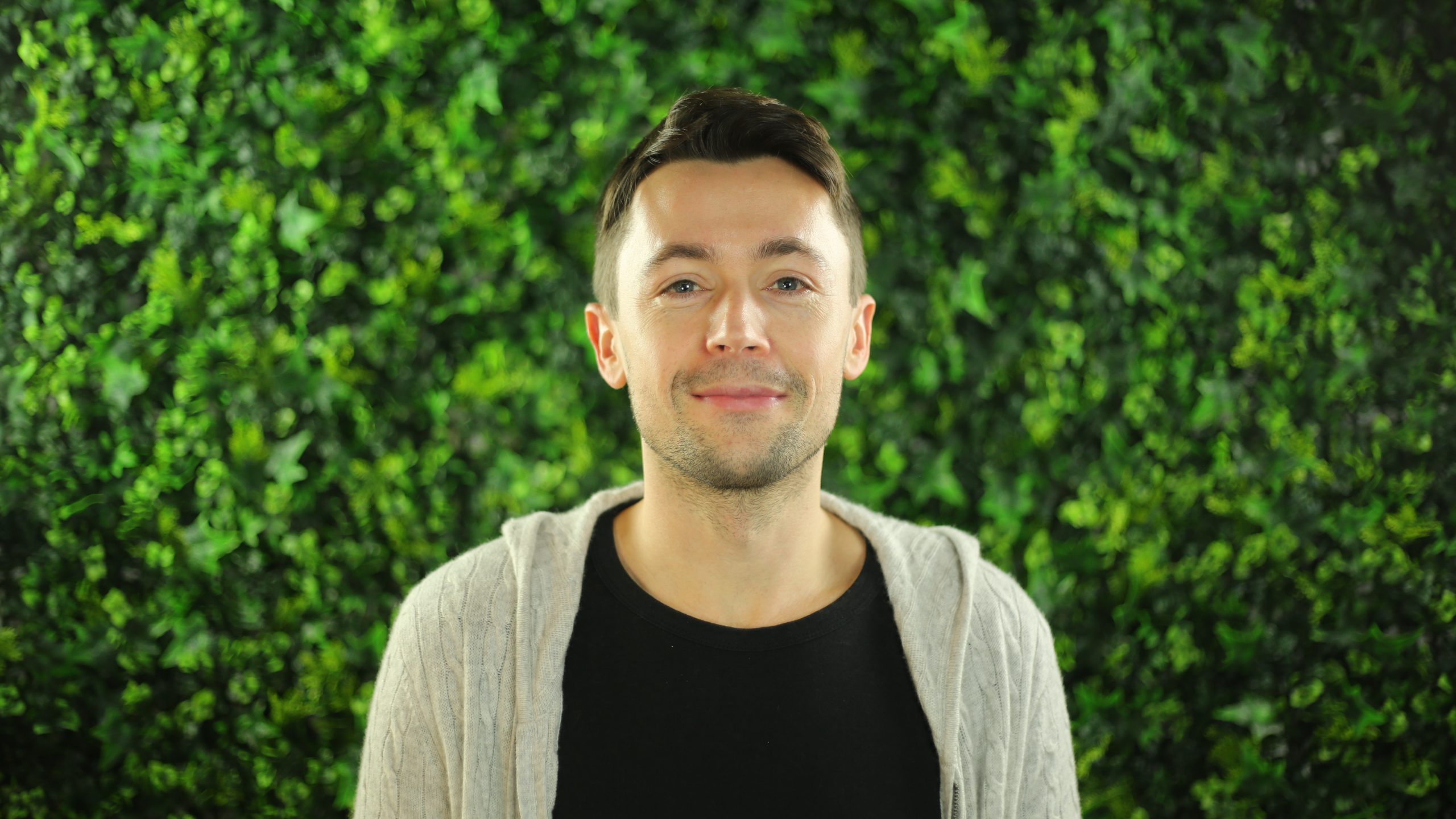 Two SCABs written by a bot @mustjames has been building, and one SCAB written by him

First 2 SCABs are written by a bot I’ve been building. You enter 1 word and by tracking what you research and read it creates a story.

The prosperous character of Londons creative businesses has been a draw for EU citizens moving into the capital. However, with Brexit looming, will things change? The above mentioned picture provides a look behind the scenes of Separation, a set of pictures by Laura Pannack that investigates the effect of Brexit on London based creative partners. Ellie, 50 percent of a few photographed by Pannack, moved into the United Kingdom in Bulgaria 10 decades ago. Although located in south east London, her career as a cartoon designer needs her to travel all around the world. Brexit, she predicts, may have a big influence on British creatives working overseas.

Many work in the creative amusement sector are contract based, rather than always in exactly the identical nation. She says. A article Brexit UK will create life more challenging for the two British and European creatives who wish to work on large productions. Each and every day, for the previous four days, British Journal of Photography has printed pictures from Laura Pannacks newest body of work Separation. The set of photos, commissioned by BJP, investigates the effect of Brexit on bi federal couples operating in Londons creative businesses. A movie developer, arts coach, audio artist, graphic designer and expert drummer were one of those photographed for its series.

The commission was made using Affinity Photo, the only fully working photo editing applications available for iPad. Named Apples iPad App of the Year 2017, Affinity Photo for iPad was utilized by Pannack through the shoot to immediately review and develop her creative approach to the project. Since the editing was incredibly fast, states Pannack, we can try various things out. Pannacks bold approach to the established design specifically, the manipulation of latex to make a translucent fracture that also allowed the partners limbs to intertwine made Affinity Photo for iPad key to achieve the final portraits. Statistics published in late-2017 reveal that the creative industries contribute 91.8bn to the United Kingdom economy.

To put that in viewpoint, these same data show that the industry grew at double the speed of the United Kingdom economics as a whole between 2015 and 2016. The prosperity of the UKs creative businesses, especially that of London, has for ages been a fascination for creatives moving into the United Kingdom from overseas. Brexit threatens to alter this. Experts have stated that Brexit has played a substantial part in this sharp decline. Celia, a Spanish style student who recites in Separation together with her British boyfriend Chris, is worried that Brexit will sabotage Londons multinational identity. Among the facets that makes Central Saint Martins so unique is its global atmosphere, she says. It breeds creativity and that is the exact same reason why Londons creative businesses are so exciting. Brexit will undoubtedly alter this and probably the most crucial positives of town will be lost. Celias concerns are shared.

He went to combat at age 14, in a raid on the Crow, also watched his first experience with American soldiers at June 1863, once the army mounted a wide effort in retaliation for its Santee Rebellion at Minnesota, wherein Sitting Bull’s people played no role.

The following year Sitting Bull fought U.S. Troops again, in the Battle of Killdeer Mountain, and in 1865 he led a siege from the recently established Fort Rice in the current North Dakota. Widely admired for his bravery and penetration, he became head leader of the Lakota country about 1868. Sitting Bull’s courage was legendary. Once, in 1872, through a struggle with soldiers protecting railroad employees on the Yellowstone River, Toro Seduto led four additional warriors outside between the lines, sat peacefully sharing a pipe together buzzed around, carefully reamed out the pipe when they were completed, and following that casually walked away.

The stage has been set for warfare between Sitting Bull and the U.S. Army in 1874, when an expedition led by General George Armstrong Custer verified that gold was discovered in the Black Hills of Dakota Territory, a region sacred to a lot of tribes and put off limits to white settlement by the Fort Laramie Treaty of 1868. In spite of this ban, prospectors started a rush into the Black Hills, sparking the Lakota to shield their land. When government efforts to buy The Black Hills failed, the Fort Laramie Treaty was put aside and the commissioner of Indian Affairs decreed that all Lakota not settled on reservations by January 31, 1876, will be considered hostile.

Sitting Bull and his people held their ground. In Mar, as 3 Columns of national troops under General George Crook, General Alfred Terry and Colonel John Gibbon moved to the region, Sitting Bull summoned the Lakota, Cheyenne and Arapaho to his encampment on Rosebud Creek in Montana Territory. There he directed them in the sun dance ritual, offering prayers to Wakan Tanka, their Great Spirit, and cutting their arms one hundred times as an indication of sacrifice. During this ceremony, Sitting Bull had a vision wherein he saw soldiers fall into the Lakota camp such as grasshoppers falling from the sky.

Inspired by this vision, the Oglala Lakota war chief, Crazy Horse, set out for battle with a group of 500 warriors, and on June 17 he astonished Crook’s troops and forced them to retreat at the Battle of the Rosebud. To celebrate this victory, the Lakota moved their camp into the valley of the Little Bighorn River, where they were joined by 3, 000 more Indians who’d left the reservations to follow Sitting Bull. Here they were attacked on June 25 from the Seventh Cavalry under George Armstrong Custer, whose badly outnumbered troops first hurried the encampment, as if in fulfillment of Sitting Bull’s vision, and after that made a stand on a nearby ridge, where they were destroyed. Public indignation at this military catastrophe brought thousands more cavalrymen to the area, and over the following year they relentlessly pursued the Lakota, who’d split up after the Custer fight, forcing chief after chief to surrender.

Once upon a time, in the depths of a mountain range, there lived a tiger. He was a very strong tiger, but, thanks to the fact that he was unusually clumsy, he could hardly ever catch any animals.

One day he went out from his cave to look for food. As he went along he saw a cat speeding towards him, coming down the mountainside. The cat’s swift and easy movements were the envy of the tiger, who thought to himself, “Wouldn’t it be fine if I were as clever as that cat!”

He went to the cat and said pleadingly, “Honored Teacher Cat, could you teach me how to climb the mountain as well as you do?”

Knowing that tigers are wicked at heart, the cat was afraid that if she taught him all she knew, then probably her own life would be in danger. She therefore shook her head and said, rather hesitatingly, “I don’t think I’d better. If I do, how do I know you’ll not use your knowledge against me?”

The tiger behaved fawningly, and kowtowed deeply to the cat.

“Honored Teacher Cat,” he said, “I am a man of my word. If you will be so kind as to teach me, I will not betray your goodness. And afterwards, if anyone should bully you, I shall crush him to death.”

Hoodwinked by these honeyed words, the cat began to be sympathetic. She put her head on one side and said, “All right. If you really promise that, and are sure you will not be ungrateful, I’ll teach you.”

The tiger was overjoyed. He waved his tail and knelt down in front of her, saying, “In future, when I have mastered all the skills of climbing hills and catching animals, I shall never forget you, my teacher. May I fall into the deepest gully and be crushed to death myself if I am ever unkind to you!”

He kept his word for some time, and behaved to the cat as one should behave to a teacher. Every day from dawn to dusk the cat did her best to teach her pupil. Very soon she had taught him all her tricks except one. The tiger was very pleased with himself, and highly satisfied with the cat as a teacher.

Then one day, when he came to his teacher for further instruction, he looked at the cat’s plump body, and his mouth began to water. What a good meal she would make! But the cat was fully aware of his bad intentions. She decided to give him a test.

“I have taught you all I know,” she said. “You need no further lessons.”

The tiger thought his chance had come. “Aha!” he said to himself. “This fat little cat will not escape my claws now!” But he thought he had better make sure that he had not misunderstood her, so he asked again, “Honored Teacher Cat, are you certain you have taught me everything?”

“Yes, everything!” said the wily cat.

An idea flashed into the tiger’s head, and his eyes sparkled. “Teacher,” said he, “what is that there on the tree?”

As the cat turned her head to look, the tiger, his jaws wide open and his claws out, threw himself upon her. But as quickly the cat ran up the tree.

The cat sat up in the tree, and said indignantly, “Well! You ungrateful creature! Your word is worth nothing. It was lucky for me that I had been prudent enough not to teach you how to climb trees. If I had taught you that, I see, you would have eaten me by now.”

The tiger flew into a rage and flung himself repeatedly at the tree. But he did not know how to climb it. He tried to gnaw it down, but the trunk was so thick that he could make no impression on it. The cat skipped about in the branches, now and then tantalizing him by sitting down to wash, or look at him. The tiger grew angrier and angrier, and raged about, but there was nothing he could do. Finally the cat jumped easily to another tree, and then another, until she had vanished.

All the tiger’s wicked schemes came to naught, and all he could do was to make his way up the mountain again.