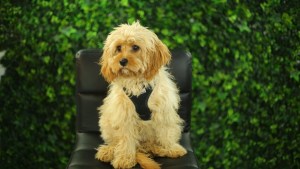 Lauren: Talking to people, but particularly day 1.  I was the first to arrive which was okay and people started dribbling in and all of a sudden a good 30 people came in all at once and I honestly wanted to curl up in a ball and hide.

Alysha: Day 1 was the weirdest day I’ve had in a long time. Walking back into the studio to a whole new bunch of people was so strange and surreal and i wanted to curl up into a ball and cry. But I quickly remembered why i came back to SCA and grew more comfortable as the week progressed, both because of the cool stuff we learnt and all the great people that are in this current intake. So excited for what’s to come.

Tom: Trying to speak gibberish in the improv class and communicate, made me feel really fucking useless in an absurdly inexplicable way.

Jacob: The entire week made me feel out of my comfort zone, which is weird because i’ve already done it once before. Was so zoned out during the first day, had a full blown outer body experience. Specifically it was visiting the Tate museum, it’s been awhile since i’ve absorbed myself in the art world so not seeing it as pretentious was difficult. Especially when the first thing you’re greeted with is a dancing badger.

Jemma: Looking into the eyes of the god that is Alexandra Taylor.

Holly: I spent the whole week out of my comfort zone – but specifically, the improv session on the second day because I felt ridiculous the whole time. And most mornings when I walk into the studio and try and find someone to talk to.

Saphire: Just the whole week to be honest.. But mostly the first day. I knew that going back into a school environment would be daunting and a big adjustment…. But all progress is made outside of your comfort zone I suppose so I may as well get used to that feeling.

Josie: mustering up the courage to ask Alexandra Taylor what she was working on at the moment and then thinking she said ‘Pearl Harbour’ when she said ‘Paul Arden’. Also not knowing who Paul Arden was, and quite a few other people whose names have been dropped this week

Rachel: Honestly just being in a room with so many talented people, it’s both inspiring and terrofying, when you go to SCA your kinda expected to be this eccentric, loud and uber creative person and I feel kinda intimaded by it. There where also alot of just speaking to a class which I am deathly uncomfortable with.

Vic: Definitely, when we were asked to paint a t-shirt for another student. Not only do you have to represent someone’s life in a drawing, but it also has to translate into a cool t-shirt design.
There is something so definite, so irreversible about paint, that I’ve always shied away from it – or at least since becoming old enough to understand that you can indeed fail at art. So being presented with this challenge was daunting. Did it take me about an hour and a half to actually get started? Yes. Did everyone else’s results blow me away? Yes. Did I enjoy it in the end? Sure.

Forrest: Dee’s class. Reading aloud the first poem I have written in probably 5 years, my hands were shaking so much that I could barely read the print. And then acting out one of our group poems. I’m not sure if there were actually people crowding around and watching or if my memory has warped itself, but it felt like I had a million eyes on me.

Leonore: I really enjoyed all of our tasks this week, but for me getting to know a bunch of new people, knowing no one and also talking a lot about yourself and not speak in your mother language was the hardest part. Especially because (as i told a lot of people) I feel like English people are just soooo cool. Cool really is the perfect word to describe it, just so relaxed and pleasant. Trying to keep up with all of this coolness is tough for me haha.

Ruby: Friday, brand statements session. I got the fear when I realised that I didn’t really have the answers, despite it being a big part of my job for the last few years. But I was also warmed to know I was in a room with a lot of very smart people, who I’ll learn from.

Sophie: Crawling around on the floor in front of Deanna pretending to be Rupert the woodlouse. It’s not the start to SCA I’d envisioned if I’m honest. Also decorating my mug brought me close to mental and physical collapse. Thanks to all that supported me during that time.

Tarun : The part of the poetry workshop where we performed our favourite word associations. We had a reasonably well thought out plan and I was partnered up with Dean. Then he decided to improv and I had no idea how to respond to it. I guess I need to become better at going with the flow.

Lina: Alexandra Taylor herself. I keep the nails in my purse, to remind me how awkward and unprofessional it is, when you have only one job, but you missed it.

Patxi: This whole week was a great introduction to the rest of the year, but I definitely feel I was out of my comfort zone for most of it. Having been out of school for more than a year now, it’s been a strange experience coming to a new country and starting a whole new routine while at the same time trying to make a name for myself in a class full of extremely talented people. Oh, and making the oboe sound on stage during improv.

Joe F: Probably having to do a presentation during the Poetry seminar in just a pair (with Alysha) when others had an entire group to work with. I mean – it was my fault a bit for choosing a statement from the whiteboard that only one other person had jumped on but it was still a bit awkward. Especially with the fact that we’d ripped off the original piece everyone had written their responses on, tried to write a spidergram with it, ran out of time with that, and had to read off the ripped pieces instead. I don’t normally have a problem with presenting but the scrambled effort threw me ?.

Alexis : Accept the fact that my small brain has to work ten times more than usually just to get used to the british accent :<

Phil: Doing improv with Joe and Sophie. The only silver lining was that I escaped watching me improv.

DJ: writting SCABs. I hate writing about myself T-T

Dean: Being homeless throughout the first week of class. And being taken in by my fellow alumni. Their improv was really appreciated.

Alfie: the possibility that I might be eating lunch alone. Pretty silly.

Coco: Day one – especially being asked to draw things to represent yourself

TEDJ: I didn’t really feel out of my comfort zone this week as I’m used to meet new people and talk to them. Talking in english all the time is always a bit challenging but I really enjoy it!

Marta: English slang and difficult accents. I had never experienced gathering with amazing people and just understanding half conversation, not being able to give feedback and asking all the time ‘What did you say?’. I ask for patience pls.

Joe R: Pirouetting into our performance poetry with maximum effort, and then realising we had no plan whatsoever, whoops.