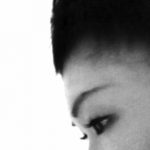 The brief of the project (this is me) is open ended and this made it hard to decide what I am going to do with it. After deciding firmly on an the idea, it was a tough moment to find people who I could interview and film with the subject I chose for this brief. It is a sensitive subject matter and people are also a bit shy to be featured on youtube. Finding people who are comfortable being filmed and interviewed was the first tough step in the process and the second challenge was to know how to film properly. I started filming them in places which represent London city. The first place I shot first was too quiet even though one could tell that it was in London. The only success was that it showed a variety of residents in the place. The interesting part of the process is interviewing them by having a conversation, which triggered a realisation of my hidden feelings and thoughts of everyday life in the UK. It still needs a lot of editing and improvement but I am beginning to see the potential of the project expanding deeply in the future and I found the process meaningful.

My First Fortnight at SCA, in Six Perspectives – By @philgull