A month of musings –@chlo_gray 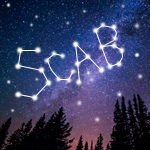 A month of musings

I’ve had a lot of time to ponder my thoughts in the last month of isolation. I started keeping a log of my musings, mainly to monitor my mental state. What follows are some of the less incriminating ones. I suppose if I was more of a tweeter I would have shared these individually, in real-time.

Do dogs feel embarrassed when they realise they’ve been walking around with an ear inside out?

The morning crosswords I do with Phil, Tommy and Alice are keeping me sane and my vocabulary well-watered.

I‘ve stopped closing my bedroom blinds when I undress to inject some thrill into my life. A couple of my onlooking neighbours have started to do the same.

Advertising is just a whole lotta Daves and a couple of Vikkis.

Americans attempting English accents is in my top 5 favourite things to hear.

Microwave meals are the least stealthy of all convenience foods. Even Krakatoa is quieter than someone stabbing a film lid.

Now, more than ever, we need a new series of You’ve Been Framed.

Everything takes longer when you’re wearing a one-piece.

Offering someone a box of celebrations when there are only bounty and milky ways left is the ultimate friendzone.

I’m 90% sure there’s a ghost living in my house. She seems friendly though.

Trying to get Brits to stay home in the sunshine is like trying to push the cork back into a bottle of wine.

FOMO is hearing your neighbour’s reggae drifting through the wall and knowing you will never enjoy yourself as much as they must be right now.

The birds are starting to sound fake. Like they’re on a loop. Could the government be pumping in bird sounds to keep us calm?

There’s an unexpected new social divide between those with and those without gardens. I sit smugly in the former camp.

Should I get fire artists or drag queens to perform at my birthday party?

Will people have more empathy for prisoners after this?

Today feels like the first time I tried to whip cream but did it for too long and it turned to butter.

I miss my life, but what an honour to have something to long for.

Real bad timing for my wisdom teeth to show up.

A hippiecrit is a vegan that does cocaine.

Not a day goes by where I don’t wish I had a see-through toaster.

Shall I join the head-shaving trend?

It just occurred to me that my year 6 boyfriend and I never officially broke up. Michael, if you’re reading this, I’ve moved on.

Once you know how to iron a shirt with a hairdryer, the world is yours for the taking.

There is no greater comfort than falling asleep to the sounds of Uma Thurman in Kill Bill, chopping up her enemies samurai-style.

I sliced my thumb on a can of sweetcorn. It has thus been demoted to my third favourite vegetable.

If you made it this far, ask yourself if you could have better used your time.

Where do you really see yourself in 6 months time? By @ethanbennett94

This Title Hasn’t Been Written Before – By @AlexTaylorHello