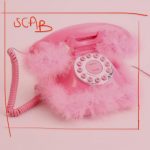 It’s three pm on your average SCA Friday afternoon. The students are half way though a long presentation about credit scores and Amy’s eyelids grow heavy. The twinkly lights of Pop Brixton dance their way across her closing vision.

She was lying in an extraordinarily large magenta pillow. Vast, would be an apt word to describe it. Like how the Ocean is or a family sized Lasagna. She was plonked down in its middle as though she fell from the sky or a greater height. The sky was lavender and the clouds had an element of Kawaii to them as they shape shifted into cute anime style animals.

She began to crawl her way off the velvet pillow, smoothing her hair and skirt down as she went. Hopping down she raised a whistle to her lips and blew hard three quick times, in fact that sound could have been musically referred to as staccato.

A rumbling was heard in the distance. The sound swelled until the creature could be seen over the horizon and thundered closer on four mammoth-esque paws. Lady (Amy’s cat), was twice the size of an elephant. She lowered down onto her knees and Amy climbed aboard, gripping her ostrich feather reins with all her might. Lady may be tamer in Dreamland but that cat could gallop like the wind blows.

A short while later, or it may have indeed been a significant while later (who can really tell in Dreamland), Amy crouched down on the shore of a baby pink lake. The sand was made from thousands of years of excessively loud earrings being crushed and rubbed together until only the finest shimmering particles remained. The bounced off the dusk light as the Rose sun unfolded all her petals and began to sink down into the water.

As darkness began to fall, a little imp darted around the waters edge. He had blue hair, a pot belly and like a firefly, a little glowing bum. His name was Cram and he was the God of the water. He danced around the shallows and Koi fish with the shaggy honey coat of Cockapoos rose up to the surface extending their tongues in clamour for him.

Amy was fond of the fish, she liked their funny tongues and sopping wet coats. The chased them around the shorelines as Cram the imp shouted louder and louder.

Lady picked Amy up by the scruff of her neck and broke into a hair raising run back towards the magenta pillow. Amy dangled and swung violently breaking out into peals of laughter as her fluffy hoop earring  flew off and caught in Lady’s fur.

She was back at SCA. Marc was closing up reflections, the students were getting angsty for a pint. She dismissed it all as a rather peculiar dream until Marc’s bottom glowed…

Things I Didn’t Know I Loved – By @chlo_gray

#MARCH26: OUR STUDENTS ARE REVOLTING

Handles are better than knobs. – By @elisaczerwenka