…The fellow-pupil can help more than the master because he knows less. The difficulty we want him to explain is one he has already met. The expert met it so long ago he has forgotten.’

On Friday Marc asked us to look at each others work to help one another.

It got me thinking about mentors, teachers and everyone in COUP.

Talking to each other and getting other teams’ opinions is something we only seem to do when all the work is done, when we are already pleased or disappointed with whatever bearable stuff/ nonsensical madness we have handed in.

In fact, we normally do it at the pub and then remember it’s the weekend and that we want to talk about something else.

It’s actually great to discuss the work you’ve created, and stepping away from it and then having to re-explain it to friends makes it suddenly very clear to see why flaws are flaws and why the bits that work actually work.

It’s useful to go over the thought and find out why you succeeded or failed at actually communicating it.

Feedback from anyone is a super useful part of the process, and the more honest it is, the better it is (hearing it from friends is also a little less terrifying than hearing it from Marc). Having something explained by someone who is also in the process of learning it, is also somehow a bit easier to understand. It gets broken down into smaller little stepping stones.

So, on Friday, it was great to take some time out, look at everyone’s work and get feedback from other students.

It was helpful to see how clear the communication of an idea can be and how muddied it can be too.

Good to be ‘on the other side’ of the work, and feel how it actually feels to flick through and not get the idea immediately.

Good to know how fast the work has to speak.

Good to know how quickly an idea can get lost in presentation.

But, wouldn’t it be so much better if we did this before we actually handed the work in? Wouldn’t it be good to get the perspective before the hand in?

Anything to stop the inevitable Crisis Corner* forming as soon as a hand in is done.

I mean I have no idea if it’s possible – before we hand something in it feels like the only things that exist in the whole world are us and deadline. Everyone stops milling around and chatting and you can just hear mad scribbling and rubbing out.

But the second we hand something in, I walk around for a minute and suddenly understand what was wrong with the work. Then just kick myself for ages. I’m sure I’m not the only one.

It would be great to see the flaws and get honest opinions before the deadline. It would be super to get that little kick of clarity before the work falls flat.

Talking to anyone about your work is helpful.  But talking to other teams at SCA is a bit like having the frenzied conversation in your head out loud, and getting something nice and ironed out in response. It’s like somebody is straightening out my squiggly pink brain and making it make sense. We should do it more.

So as much as we should be embracing our teachers and mentors, we should probably also make more of each other.

After all, you don’t know what the people in the room are capable of; you have no idea what they might become or where they might end up.

*All those suffering a Crisis of Confidence welcome. Open 8:30 – 6:30 everyday. In the Corner. Sometimes there are drumstick lollies.

Single purpose of advertising. By @Arthur_Art_Dir 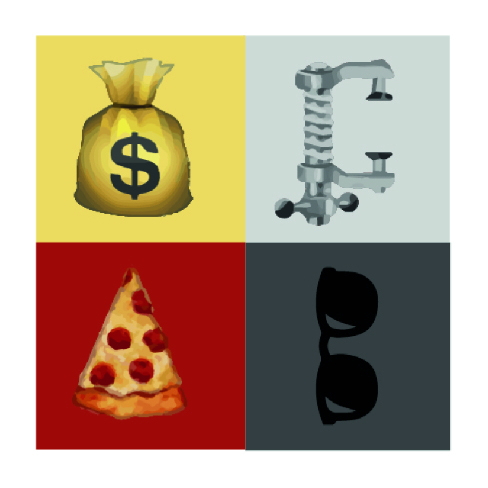