Can advertising save your life? @hhenderson249 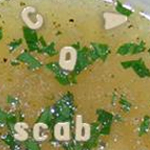 Over the last couple of weeks, I have begun to feel that everything I have been looking at and learning has been solely from an advertising perspective, which is exactly the way it should be given that it’s what I am striving to do. But there has been something nagging at the back of my mind telling me that I needed to take a step back, and look at creativity in another context.

With work beginning to build up I’ve noticed that I have been relying more on my computer to ‘connect dots’ looking at the work of other artists, archives of exhibitions and reviews, rather than closing my screen for a couple of hours and making the time to go out and actually look at what’s being exhibited.

The other day a friend sparked a conversation on whether or not graphic design played an important role in how we form views about health and medicine. This had been in response to an exhibition he had recently visited — ‘Can graphic design save your life?’ at the Wellcome Collection. The discussion if I am honest wasn’t overly conclusive, but it did make me curious, so today I decided to visit the Wellcome Collection as an opportunity to step away from the computer.

There were several design pieces that grabbed my attention, one, in particular, was a hospital signage system created by the art director of Muji, Hara Kenya. The design was simple, playing on the idea that “Cleanliness is the best service that a hospital can provide.” The designers created a signage system using white cloths that were designed to be easily washed and replaced, just like bedsheets and the nurses’ uniforms. This resonated with me, not only because it was clever but also because it was a clear illustration of the use of semiotic gestures, and their importance in communicating emotional design.

Having gone to the exhibition to try and look at something other than advertising, I found that even though the space of the gallery was filled with clever designs, it was the campaigns that seemed to gather the most attention from the audience and to me were the most powerful.

One particularly striking campaign was ‘Kill Jill’ that was released to encourage organ donation in Scotland. The campaign’s message asked the viewers to decide whether to kill or save ‘Jill’ a 12-year-old who needed an organ transplant. The voice over questioned “Would you allow your organs to save a life? You have 20 seconds to decide….Kill Jill? yes or no. No … register and you could save a life.”

The campaign was met with both shock and complaints. It was hard-hitting and controversial, but even though the public didn’t like it, it led to a 242% increase in registered organ donors. To me, this campaign’s idea was what answered the exhibition’s headlining question ‘Can graphic design save your life?’ by showing the importance of rattling the audience. In order to cut through clutter sometimes you have to push an idea to an extreme in order to get a response and change behavior. The only thing it left me wondering was although it had the hallmarks of a very effective campaign did it really represent an informed choice for the donor? 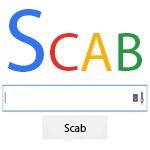