How helpful is competition? If I were a footballer I would say it’s very important. But I’m not. I want to be a baller of ideas…

The definition of competition is “The activity or condition of striving to gain or win something by defeating or establishing superiority over others.” I mean I don’t want to defeat anyone or feel superior over someone. That’s a recipe for disaster, or the recipe for a new marvel film.

As September gets closer the one thing I’m worried about is the level of competition. I still want to be the best I can be just not to the demise of another person or their work.

“A flower does not think of competing to the flower next to it. It just blooms.” Said Sensei Ogui.

So lets be a bouquet of flowers… 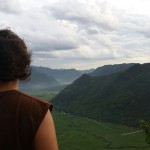 Journey to the centre of the Deep Web – By @gringojoe96