Crafting definitely plays a major part to an idea and I’ve finally understood why.
I used to think that crafting doesn’t need so much dedication and especially a lot of time ,but it plays a crucial part and massive impact on how an idea is implemented and equips the motion of captivating.
So we’ve recently handed in our (possibly) final PB6 work and I feel a little confident because not only was the idea transmitted, but enough time was left for crafting and the idea became more concrete. I personally understand what needs to be expected and how these expectations need to be met.
D&AD is around the corner. On top of that now we’ve learnt the the Chip Shop awards has perfectly swivelled it’s way in front (that’s sarcasm by the way) and so we’re dealing with two awards at the same time.
Feeling a little skeptical with which brief I’d like to work on, there’s no point on taking so much on, if little work will be indulged. I’d rather pick a small amount like 2 or 3 and by using time wisely, permitting time for craft can allow the idea to be well executed. Now that Pete’s gone, hopefully I am able to cough up some great propositions to execute some great ideas and I say great because ‘good is the enemy to great’ he would say.
I’ve learnt a lot from PB6, even though there was room for improvement (because there’s always room for it) not just the work itself, but the time management behind it in order for the work to be interesting and well received.
If I feel confident behind an idea then it’s best to just go with it and stop contemplating. Instead make the best work from it. Once that’s been conquered, then the rest will gradually follow through. Writing a script is very productive, it allows the idea to move forward rather than being at a stand still. It helps provide the structure on how the craft will be formed and endured. I now understand why ideas and scamping need to be ideally concluded within a time frame, so there’s enough time for the craft as there is so much to master plus you’re more satisfied once much time has been spent on it. An idea can be a good idea but if the craft doesn’t match then its difficult to see potential of that initial thought.
So applying what I’ve learnt and evolved with PB6 will hopefully help me compete in D&AD, Chip Shop awards and build up my portfolio. By practising craft, using iteration does honestly allow you to see the different ways, it allows progression and gives you an opportunity to see something you didn’t firstly think of. It also allows progression of the ability and skills you possess.
An idea can be a nice idea if it’s solid but in this sector if crafting isn’t given enough time to administer then that idea can easily be diminished just because the art direction or copy showed a lack of artistry, it’s really not worth it. 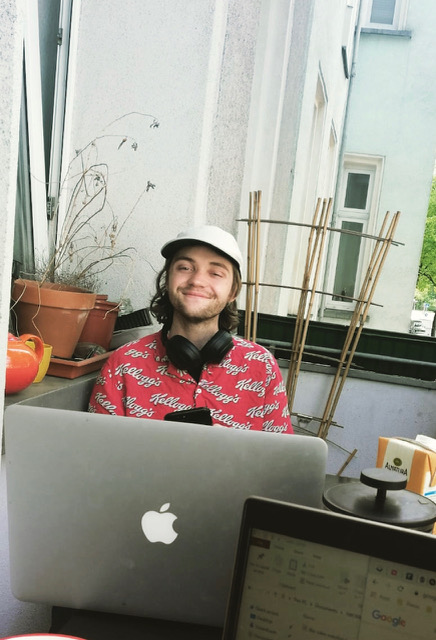 Last run. Sprint it. By @iamvandale

Autism — a challenge to communicate. By @gnomeegnome