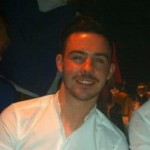 I’ve always wondered why every morning I am the only person on a jam packed central line train to have two free seats next to me, now I know why, I have a face like thunder in the mornings.

I never really realised this until I started at the SCA, almost every morning I’m asked two questions, “are you okay” then “are you sure” I can never understand why, inside I’m in a really good mood, shame my face isn’t feeling the same. I’ve thought about walking into class trying to look happy but I’m scared that will just freak people out, I’ve tried watching stand up comedy before I go to sleep hoping to wake up smiling, I’ve even read joke books on the train to school.

I guess there’s nothing I can do until around 11 o’clock that’s normally the time my frown starts to ease up and that’s normally because I’ve been through a good few coffees.

If I’m honest I don’t think I’ve been much happier, (sorry this is so cheesy) after just finishing the first month of madness at the school I can honestly say it’s so much more than I expected, in the last 19 days I’ve worked on more briefs than I can count, visited 4 amazing agency’s, made 37 new friends, made and starred in a music video & twerked in front of the whole class.

Maybe that’s why I’m so tired in the Mornings. 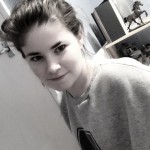 Do you own your time? Find out how – By @maxatyler